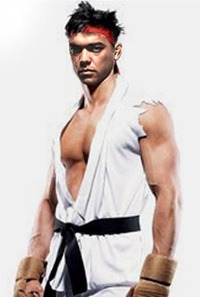 Lyoto Machida looks like he’s going to be out of the game for a while. During his UFC 104 bout, dude hurt his hand and doctors are not exactly sure when he will be back in the octagon. Bummer for anyone that wanted that ‘immediate rematch’ Dana White promised us. Guess we’re just going to have to watch Phil Baraoni vs. Amir Sadollah at UFC 106 instead (which has been bumped to the main event, nice). Here’s what Dave Meltzer said about the surgical debacle:

UFC officials have confirmed that Lyoto Machida will need surgery on one of his hands, thus delaying the planned middleweight championship rematch with Mauricio “Shogun” Rua (18-4). Machida injured his hand during his controversial win over Rua during UFC 104 Saturday in Los Angeles.

White was hopeful to get the rematch in as soon as Jan. 2, when the company has one of its traditional major events of the year at the MGM Grand Garden Arena in Las Vegas. Rua had agreed to the date, but Machida’s surgery eliminates whatever slim possibility there was that he would be fully recovered and ready in time for that date. Right now, it is not known when the fight would be able to take place.

So with Machida out with an injury, Lesnar out due to some unknown illness, Ando Silva out with a surgically repaired elbow and GSP out with a torn abductor muscle (whatever that is) it looks like the UFC just has one champion who can defend their title…Hilo! The prodigy, BJ Penn. If you would like to more about Machida’s injury, go to BJ Penn.com (*throws down microphone and walks out the cage). [Source] 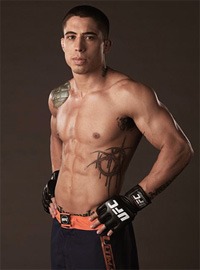