Fans were looking forward to see Luke Rockhold back in the cage after his two year hiatus. Unfortunately his UFC 268 bout with Sean Strickland has been canceled, after he suffered a back injury.

Rockhold has been out of action for a while, contemplating retirement for a brief time after suffering back-to-back knockout losses to Yoel Romero and Jan Blachowicz. However he decided to keep fighting, and after a bit of time trying to narrow down an opponent, he was slated to face Strickland at UFC 268, on November 6th.

However it seems that this comeback is being delayed, as Luke has been forced out of the fight. According to a post to his Instagram Stories, which were reposted to Twitter, he has herniated two discs in his back, forcing him out of the bout.

“There’s no easy way to really say it, but the fight is off in New York. I ended up herniating a disc in my back. L4, L5. The docs say it’s nothing I can play with. I need to do some treatment and recovery time. Some things just aren’t meant to be,” Rockhold said.

“New York, motherf—king New York. I’m sorry to the friends and the peeps and everyone, but we’ll be back. Until next time.”

Luke Rockhold is out of his fight with Sean Strickland at UFC 268 in New York due to a herniated disc in his back. (via @LukeRockhold) pic.twitter.com/OmGs93ZOCE

At the time of writing, it is unclear whether the UFC plans to give Sean Strickland a replacement opponent and keep him on UFC 268. That said, given the bad blood between he and Luke Rockhold, it would not be surprising to see the UFC try to reschedule the bout.

The good news is that this injury does not appear to be severe enough to require surgery. According to Ariel Helwani, the former champ just needs some physical therapy and an epidural, and will hopefully be back in action in about a month and a half.

Rockhold tells me no surgery needed, thankfully. Epidural and 6 weeks of PT. https://t.co/nr2l2bE9RM

To the surprise of no one, Sean Strickland was not particularly sympathetic about the fact that Luke Rockhold has been forced out of their fight. He posted some comments on Instagram, firing some shots at the former middleweight champion, saying that he knew Luke would never end up fighting him.

“He was never going to make it to the fight lmao… no one is Surprised,” Strickland wrote, before adding in another comment

“I sparred him once and almost put him out.didn’t even spar the second round, walked out of the gym lmao.. I knew this wasn’t happening”

Sean Strickland reacts to Luke Rockhold withdrawing from there fight at 268 pic.twitter.com/NDe2TAL5Vw

It will be interesting to see if the UFC decides to rebook Luke Rockhold vs Sean Strickland. In the meantime, UFC 268 will still be an exciting card even without this interesting matchup. 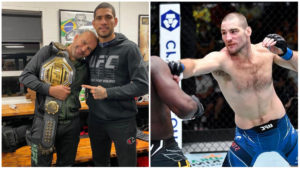 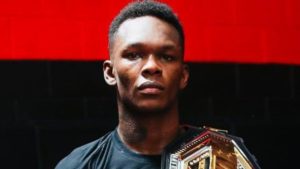