I can’t be the only one hoping that Chuck Liddell will spontaneously come out of retirement and take on Jon Jones in a UFC light heavyweight title fight. I could see The Iceman fight once a week for the rest of my life and never get tired of the dude’s mohawk. If you can get past staring at Chuck Liddell’s mohawk, then you will notice that he has a pair of strangely seductive eyes that exude a certain ‘look’ whenever Chuck walks to the Octagon. You probably haven’t noticed it, but Joe Rogan and Mike Goldberg’s ‘Chuckdar’ was tuned to the absolute highest frequency when he was competing in the UFC. If you’re not a 15th century viking, ‘Chuckdar’ is an inexcusable word for — anything. That’s a linguistic faux pas that will never be made from now until Los Angeles finally has an NFL team.

Check out this pic of the Ice Man on set of ‘Kick Ass 2’ which features a multitude of MMA in the film. Props to Cagesi.de for the find. 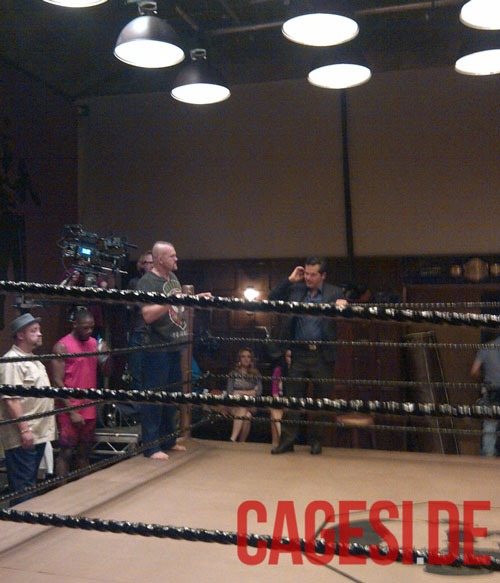