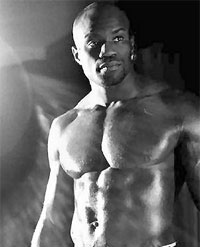 Cheick Kongo is the reason North Korea will never launch a nuke at other country. Some dudes have cool nicknames like ‘The Spider’ and ‘The Natural’, Kongo goes by Unstoppable (seriously, he does). If you’re a communist country and you have a list of countries you would like to blow up, you’re forced to scratch off all countries that have a dude named ‘Unstoppable’ (France…maybe Russia in fear that Fedor will get any missile into an armbar and force it to tap out). I have a french friend named Guillaum that used to break into cars and steal winter coats (there is no way I could make this up). Apparently anyone named Guillaum is dipped in rawesome sauce because Cheick Kongo’s middle name is Guillaum. Coincidence, not a chance. The universe is trying to tell us something…like never leave your winter coats in your car and watch UFC 99 this weekend.

Two more days until we see Kongo go toe to toe with undefeated Cain Velasquez. Don’t sleep on this fight because the winner of this altercation gets a shot at the UFC heavyweight title. An alternative reason not to sleep on this fight is if you do, Guillaum will steal all your winter coats from your apartment and not even think about it. UFC 99, June 13th = the best thing on TV this weekend (besides Inside MMA).

Get ready for some Silva on Silva crime!

Khabib Nurmagomedov: After I Beat Justin Gaethje, He Is Now Just A Puncher With No Ground Game