Kevin Holland: Israel Adesanya Can Win 205lb Title, But ‘I Will Smack That Man’ 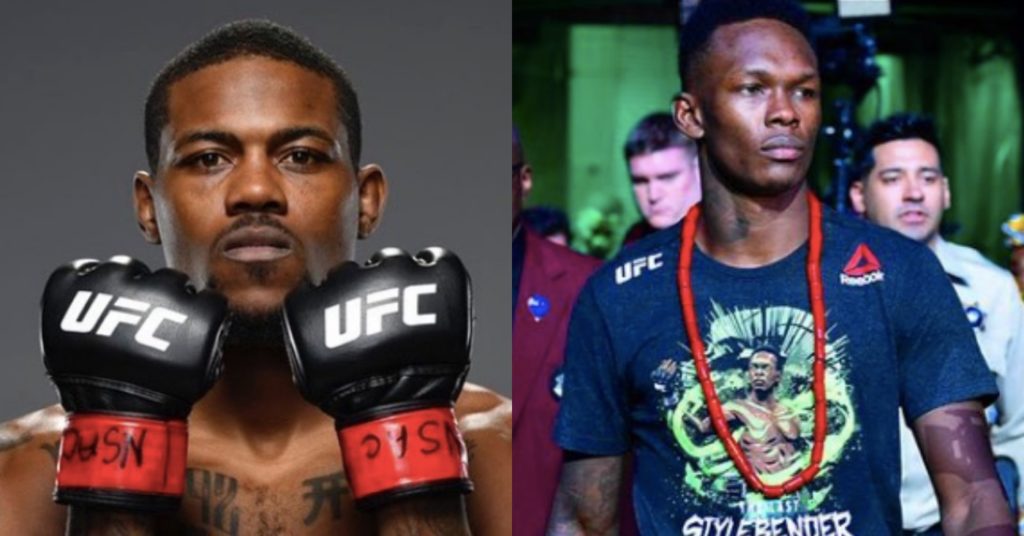 UFC middleweight Kevin Holland has been beefing a bit with champ Israel Adesanya. While he still thinks that fight will happen, Kevin believes it will be after Izzy wins gold in a second weight class.

After going 5-0 in 2020, few middleweights are on a streak quite like the one Holland is riding at the end of the year. He is fresh off of a crazy knockout win over Jacare Souza, and his stock has never been higher. While it is still early to consider him facing Israel Adesanya, the success that Kevin is having, not to mention the back and forth he had with the champ, has made fans question how a fight between these two could go.

There are a few things interfering with the idea of Kevin Holland and Israel Adesanya fighting, not least of which is the place Kevin has in the rankings. However another reason is the fact that Adesanya is looking to move up in weight and face light heavyweight champion Jan Blachowicz. Speaking in a recent interview, Kevin was actually rather complimenting of Israel, even saying that he can win the 205lb title. That being said, he is still intent on the two facing off at some point in the future.

“Some point down the road, (fighting Adesanya) would be awesome,” Holland said. “He’s doing a wonderful, wonderful job with his career. When you join the sport, you can only hope to be doing half as good as he is doing, so props to that guy. Hell of a fighter, hell of a career.

“I’m just the Smack Man,” Holland continued. “If I get the chance, I will smack that man. So Smack Man, Smack Man, yeah that’s me. Props to that guy. I think he can win the 205 belt, and I think he can have a fun fight with Jon Jones at any weight class, and styles make fights. So I think it’s amazing. If you’ve get the chance to be a three-time champ, be a three-time champ because nobody’s ever done it. If you get a chance to break records, then break records if that’s what you’re into. Me personally, I’m just here to scrap.”

📽️"When you join the sport, you can only hope to do half as good as what that guy's doing…I'm just 'The Smack Man'…if I get the chance, I will smack that man."- @Trailblaze2top has high praise & rough intentions discussing a future matchup with Israel Adesanya@jimmysmithmma pic.twitter.com/RC4QlucJKu

This was actually a surprisingly docile response from Kevin Holland, especially given the way he has spoken about Israel Adesanya in the past. If he can get a few more wins together, this would certainly be a fun fight to make in the future.

Chase Hooper Fires Back At UFC Commentators And Critics Of His Striking
Read Next Post →
Click here to cancel reply.