Justin Gaethje climbs to #3 in the lightweight rankings

Top lightweight contender Justin Gaethje has moved ahead of Conor McGregor in the latest UFC rankings update. The lofty position of ‘Notorious’ had been creating some debate due to his inactivity in 2019. The 31-year-old has failed to fight since losing to Khabib Nurmagomedov at UFC 229 in October 2018.

Since then Gaethje has picked up back-to-back first round knockout wins over Edson Barbosa and Donald ‘Cowboy’ Cerrone. ‘The Highlight’ is currently riding a 3-fight win streak and if all is fair in the world should be next in line for a title shot.

The new UFC rankings now reflect his good form and high-level wins in recent times. However, he may still be passed up on for a title shot according to Dana White, who has said McGregor could well be next in line with a win later this month. 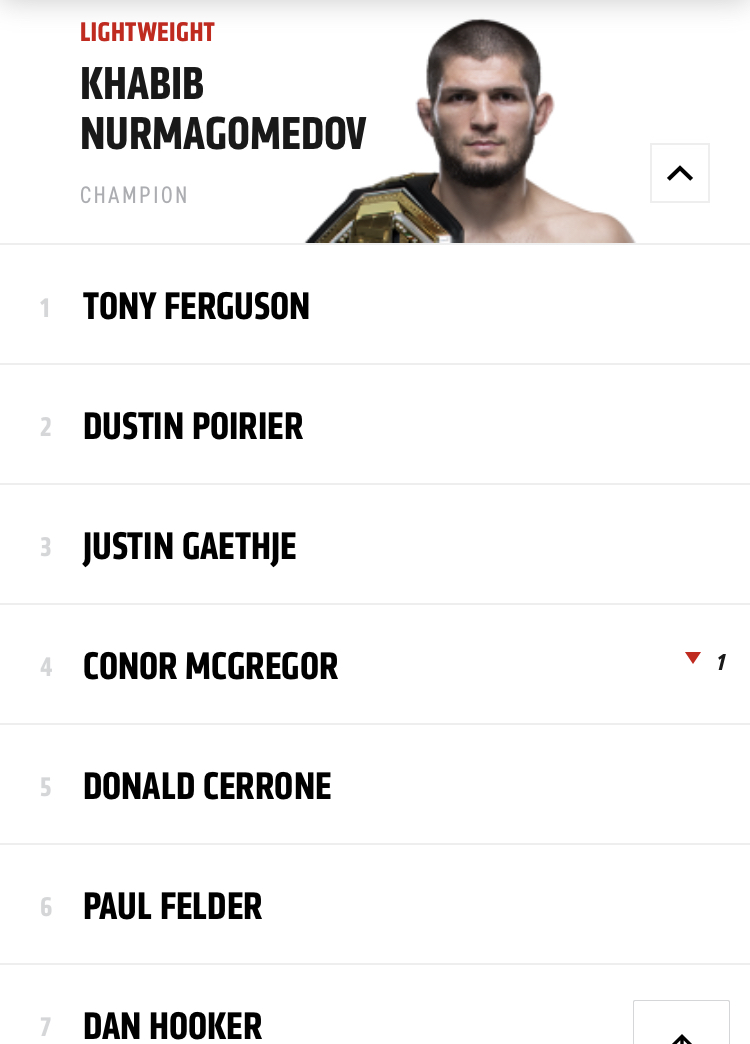 He’ll face former Gaethje opponent, Cerrone at welterweight for his comeback fight. If he wins McGregor has his sites set on UFC 249 and the 155lb title fight between Nurmagomedov and Tony Ferguson. The Irishman believes either man could fall out injured and he will be ready to jump in and compete once again for UFC gold.