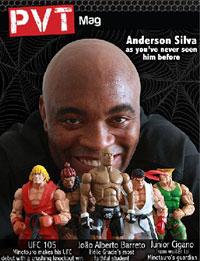 Look, I didn’t find this magazine. My neighbors above me that somehow found out how to have a full-court basketball game confined entirely in their studio apartment found it. The same guy above me that made the paper for being the first tap-dancing minotaur that practices inside their studio apartment from 3pm – 4am. That’s the guy who found this magazine. Actually, that’s not the guy who told me about the magazine. MiddleEasy reader, Chiggs, told me about some online magazine he found in Brazil that was not only translated to English but was offered for free on their website. Seriously, read the entire thing without taking your eyes off the monitor.

There’s no publishing date on the cover, but judging from the Christmas ads sprinkled throughout the magazine, it’s safe to say it was published sometime last year. There’s a great feature on Anderson Silva and Junior Dos Santos filled with a lot of info that I will bet all the money in my right pocket you didn’t know about. It’s called PVT Magazine and judging from the cover, these guys are fans of Street Fighter 2 which probably means we would have kicked it in junior high school.

Put down that actual work, and procrastinate just a little more. Check out PVT Magazine, translated in English, for free.

Mariusz Pudzianowski is back in action May 7th
← Read Last Post 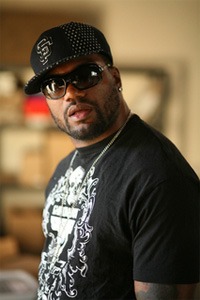