Joe Lauzon had a hell of a night

Last night Joe Lauzon had an experience that would make for a good TV show pilot on FX: Two MMA brothers, the younger brother Dan is at the bar, partying it up on a Wednesday night, meanwhile the nerdy, more dedicated, Godzilla loving Joe slumbers in preparation for his UFC sponsored tour of Iraq to cheer up the troops. What a nice guy. At 2am Joe gets a call to head to the ER, his brother has been wounded, stabbed. Ever benevolent Joe books it out the front door to rush to his brother’s side and twists his ankle in the process. At the hospital Joe finds out that his younger brother Dan is OK, its just a flesh wound as Monty Python would say, but that ankle Joe just sprained has tripled in size and his trip to Iraq is off! That whole story is true, here’s an excerpt of the brothers Lauzon’s crazy night straight from Joe’s blog:

‘I was supposed to leave for Iraq for a goodwill military tour today so I was packing up all of my stuff. A little after 2am, I get a call saying my brother was on his way to the emergency room. I rushed out the door and ended up rolling my ankle on the walkway, fell to the ground and then hobbled to my car. I got to the hospital and gimp walked my way into the ER and found Dan in one of the rooms. Luckily everything was okay and it wasn’t a big deal as was originally thought’

‘Unfortunately, my ankle is way more jacked up than I realized. I had so much adrenaline going being worried about Dan, I didn’t even notice how swollen my ankle was.’ 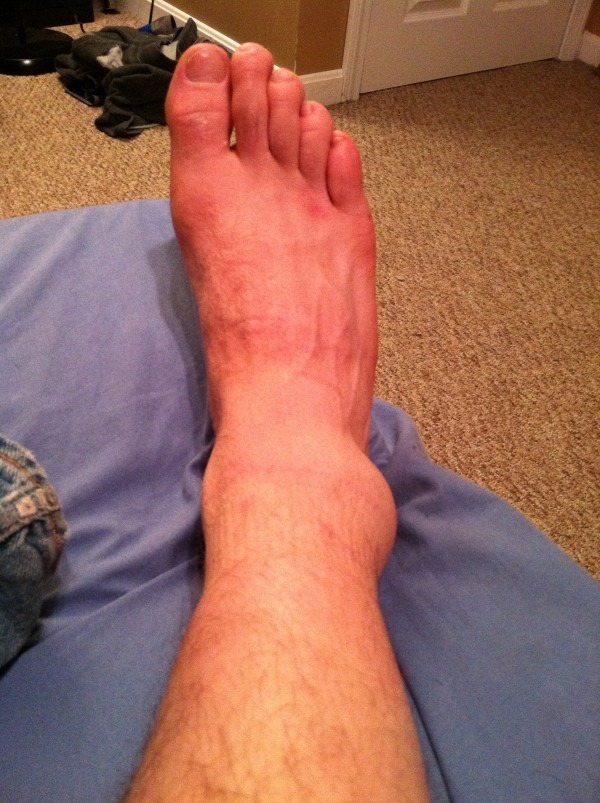 ‘Argh, Dan, what zany antics will you get us into next!?’ I think the Lauzon brothers could sell at least 3 seasons of material.

Andrei Arlovski is already back in the gym, and he's mad
Read Next Post →
Click here to cancel reply.