I like food, but there’s no way I could ever enter an insane food eating decathalon. I can’t even finish a medium sized cookie dough blizzard at Dairy Queen without feeling like puking because my stomach feels as though it has expanded to a size comparable to a pregnant elephant. Joe Lauzon and his teammates can though, they would probably look at the meager bowl of tortilla chips covered in salsa verde that I’m munching on right now and scoff at how quickly they could inhale it. They’s also be perplexed as to why I’m not dipping my chips into the salsa. The reason is these are not your normal triangular pieces of fried corn tortilla aweseomeness. These are the bottom of the bag tortilla chip shards. Those frustrating pieces that are too small to dip, yet too tasty to just aimlessly throw into the garbage. This is when salsa and chips become something one eats with a spoon. It’s like cereal, but less milk and sugary and more Mexican-y.

I might only be able to finish off one bowl of my Mexican Cereal, but from the looks of the results of Lauzon MMA’s insane food decathalon today-most of these guys could probably eat 10 or more bowls. The challenge was such that the competitors had to eat a particular amount of predetermined junk food in a particular order in the fastest time in order to be deemed winner. Here’s the list of food and the order in which it was to be consumed:

After all of those items were finished, competitors could then continue competing against each other by eating additional Oreo Cookies. They each paid an entry fee and Lauzon MMA donated all the money to a local charity which makes the insane junk food eating competition even better.  There were a total of ten competitors including J-Lau himself, his brother Dany and UFC fighter Joe Proctor. A guy named Biggie took the trophy for fastest consumption and grand champion was a 145 lb ammy fighter named Matt Pestena. He ate 12 additional oreos while the rest of the guys tried to keep themselves from beginning a barf-o-rama at the table. 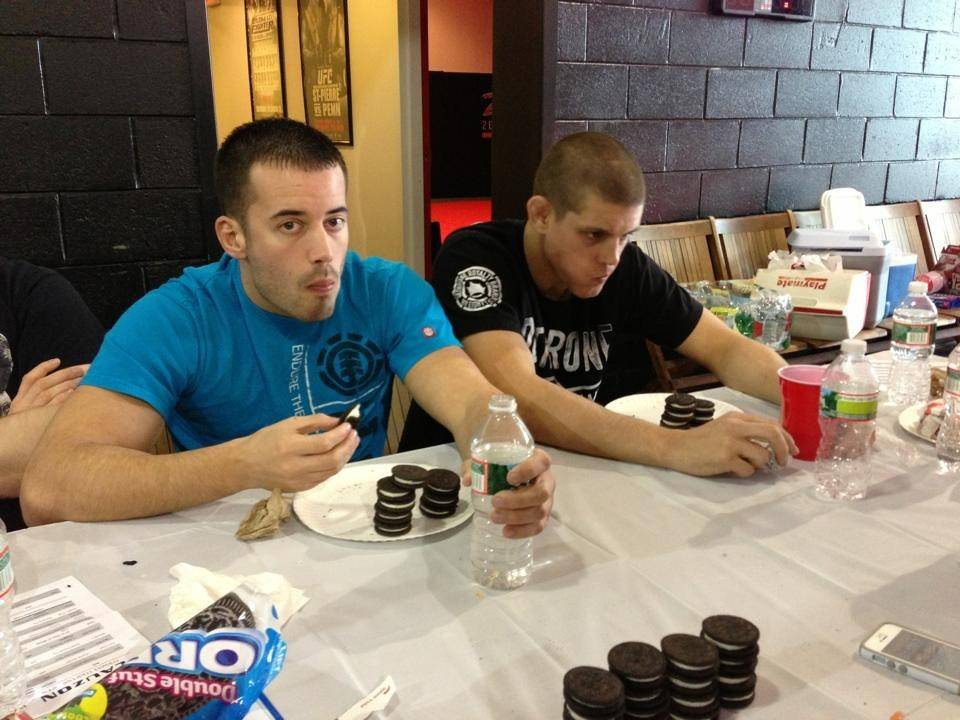 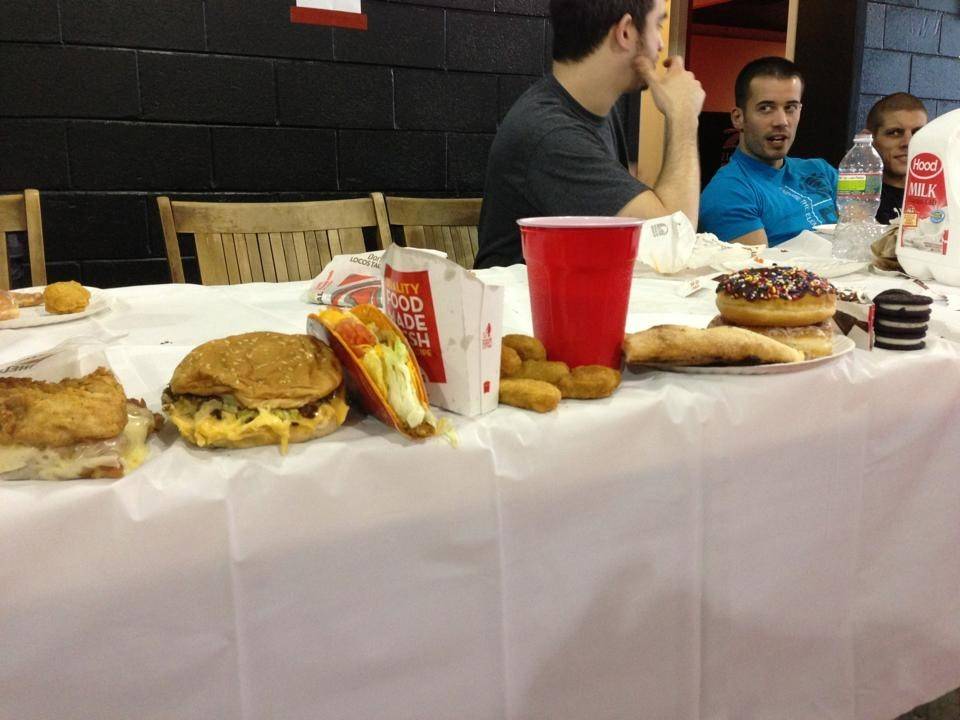 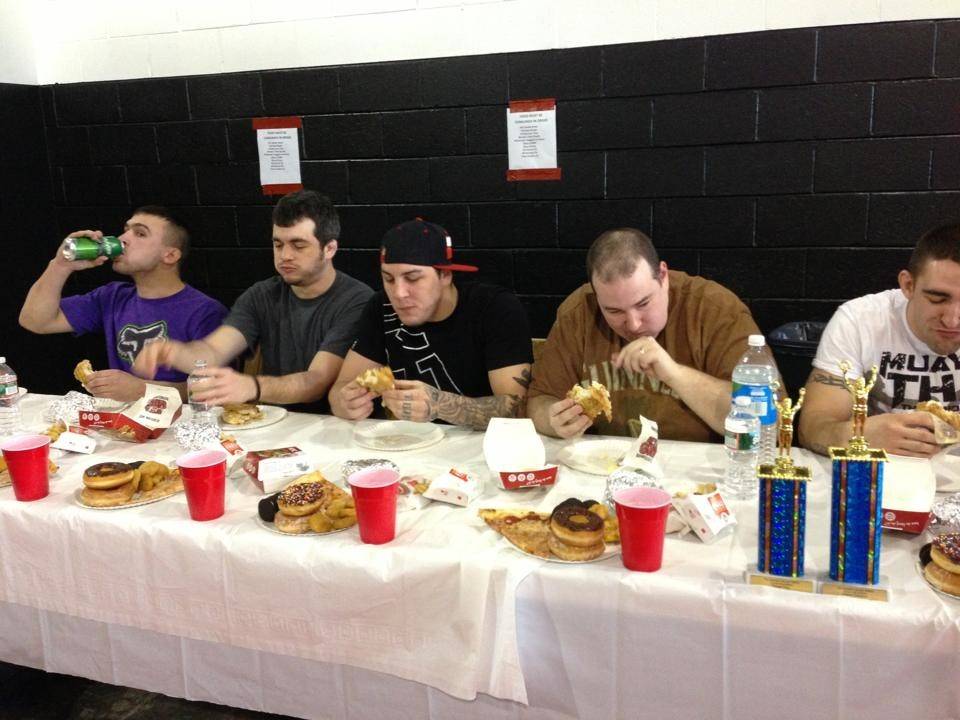 Unfortunately Joe Proctor was DQ’d because he tried to skip certain foods, Joe Lauzon was only able to eat 6 additional oreos before throwing in the towel to avoid regurgitation and his brother Dany was defeated at eight additional oreos. I’m obviously a food eating lightweight because just looking at those plates piled with fried heart attack inducing foods makes me woozy and light headed. I’m willing to bet there’s a select team of food loving gluttonous Muay Thai fighters from Sitan Gym in NYC that would love to give Lauzon MMA a run for the money. [Source]