Referee fails to intervene as fighter is unconscious.

Fuller wins with a dangerous, late-ending ninja choke and the referee is criticized for his delay in responding.

In mixed martial arts, there is an inherent risk for participants as a result of its high level of contact. These risks are greatly amplified when there are not adequate safety measures in place, such as the presence of competent and vigilant referees. A similar incident occurred during the Legacy Fighting Alliance (LFA) 150 event held at Mystic Lake Casino Hotel in Prior Lake, Minnesota, on January 13, 2023.

Jalin Fuller and Scott Writz competed on the main card, and their welterweight fight ended in an entirely preventable and frightening manner. This event serves as a stark reminder of how critical proper oversight in MMA competitions is. The incompetence of the referee played a significant role in the outcome of the fight.

During the initial phase of the match, competitor Fuller successfully established a Ninja chokehold on opponent Writz as the latter attempted a takedown maneuver. In spite of the fact that Writz appeared to be unconscious at 4:30 minutes into the fight, the battle continued until 3:45, at which point Fuller implemented a high-elbow guillotine submission technique.

It is unfortunate that the referee, Travis Metteer, failed to adequately assess the condition of Writz, despite the latter displaying signs of unconsciousness for a period of over a minute. There was a great deal of distress for everyone involved. Referee Metteer’s performance raises questions regarding his qualifications and suitability to officiate professional mixed martial arts events.

Watch the choke below:

Jalin Fuller locks up a lights-out ninja choke, putting Scott Writz to sleep in R1. To me he was sleeping at the 4:30 mark. #LFA150 pic.twitter.com/a28dQMIseG

It's incompetence like this from referees that are slowly pushing me away from this sport. https://t.co/2ACDkBkIGK

This is gross. This ref should be forced to take some time off, and be locked in a ninja choke for 40 seconds. https://t.co/sqCjjgFaNa

doesn’t sit right with me. doesn’t hurt to at least check his arm to see if he’s still with it. hope dude is alright https://t.co/ogURd922pm

The referee handled the situation in a questionable manner, however, competitor Writz appears to have escaped the extended chokehold without significant injury. 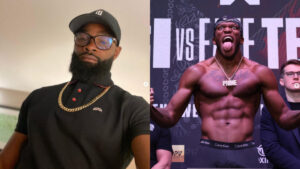