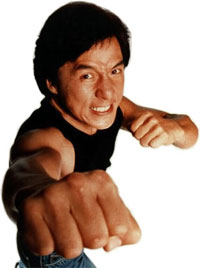 There was a point last year where Jackie Chan demanded the control of all Chinese people. In April 2009, Jackie spoke at a forum attended by Chinese Prime Minister Wen Jiabo and essentially said that people in China needed to be controlled and he nominated himself to do it. Jackie Chan said that he wasn’t sure if ‘Freedom as a good thing’ and that if you aren’t controlled you will just ‘do what you want’. In an infinite universe with an unlimited amount of possibilities, Jackie Chan is the president of the USA in some alternate, parallel timeline and he has outlawed MMA. Here’s why:

When he called from the junket, I was disappointed to learn that Chan was cool to the question posed during the roundtable interview session. “Jackie doesn’t like MMA,” Jim said.

“Oh. Does he not like it, or does he just not know much about it?” I was trying to give Jackie any out I could.

Jim was correct. “I don’t like to see ‘ultimate fighting,'” Chan said. “As a martial artist, I find it too violent putting them in a cage. At the end, it’s not fighting anymore. That’s not the martial arts. Martial arts is about respect. When somebody is knocked down, stop. I really respect Sugar Ray Leonard. Come on, [when a guy is down,] stop. Don’t fight. That’s not the spirit. When you’re down, I’ll grab you up. Are you OK? Should we continue? That’s the martial arts spirit. That’s what I want.”

Jackie Chan wants to see MMA revert to K-1 rules (much like what assemblyman Bob Reilly has proposed for New York MMA). This is coming from a guy that starred in ‘The Drunken Master’, perhaps one of the best combination of jumpkicks and alcohol cinema has ever witnessed (and that frat dude on YouTube doesn’t count). [Source] 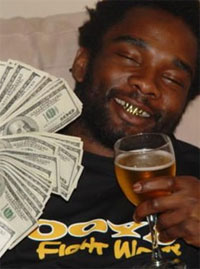 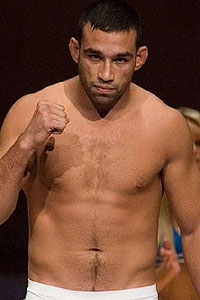