We’ve wanted to see Erin Toughill back in action for over a year now. After leaving a manuscript on her Facebook page as to why she’s better than Shayna Olsen in every quantifiable way, Erin was forced to pull out of her fight because she felt she couldn’t make 145lbs. Shayna Olsen then issued the greatest response in the history of women’s MMA and moved on with her life. Since that fight isn’t going to happen, I’m going to Crown Ms. Olsen the winner by way of verbal efficiency and superiority while we continue to cross our fingers and hope Erin finds a tune up fight somewhere out there.

The date was set for this Wednesday in Singapore for the Martial Combat promotion at 155lbs against the 3-0 Bao Yu Dan of China. Unfortunately, it seems the fight was scratched because Erin Toughill has a broken clavicle. This marks the 857th time we’ve had to write this same article about Erin dropping out of a fight, and we’ve decided to go ahead and just make a template for any future articles. It’ll look like one of those notes your mom used to scribble on a napkin to excuse you from physical education in elementary school:

Not sure if the phys-ed instructors or MMA fans have caught onto this pattern yet, but we really hope we get to see Erin fight in 2011. If not, we’re just going to fill in those blanks and keep reposting that note until it happens. [Source] 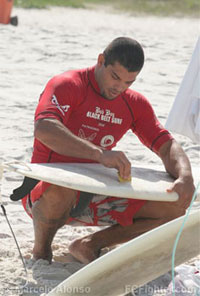