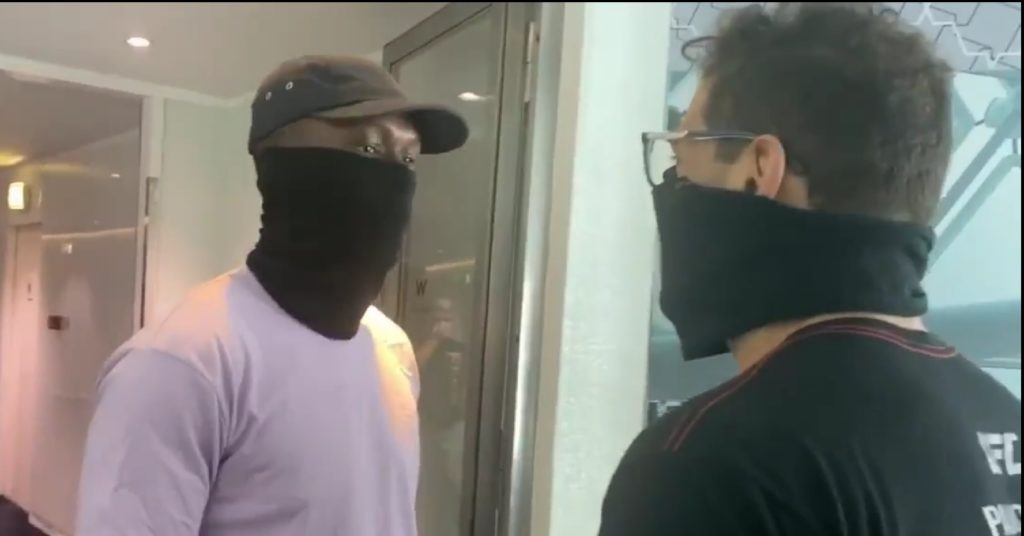 You may have thought things were personal between Israel Adesanya and Paulo Costa, leading into their UFC 253 main event. However a recent video has emerged that may change how you look at this so-called rivalry.

This weekend, Adesanya will be looking to get his second middleweight title defense against the Brazilian, Costa. Even before Israel was champion, the two would constantly trade barbs, and nothing has changed leading up to their fight. Whether it be a fiery exchange on SportsCenter, the champ accusing the challenger of steroids, or Costa beating up a Stylebender lookalike, it seemed that these two genuinely do not like each other.

With the apparent animosity between Israel Adesanya and Paulo Costa, one may be under the impression that things would turn ugly if they were to meet face to face on streets. However a recent video was uploaded to Instagram showed the amount of respect that these two clearly have for each other. Apparently the two ran into each other in Abu Dhabi, and things did not quite go as you might expect.

It is hard to make out everything that is being said, with both Adesanya and Costa wearing face masks. However the champ can be heard asking Paulo about his weight, saying that he looks sucked in. Of course, knowing the insane amount of weight that Borrachinha has been shedding for this fight, it is no surprise that he looks a little bit smaller than normal.

It is good to see that two intense competitors like Israel Adesanya and Paulo Costa can still be respectful to each other before their fight. Their fight at UFC 253 has enough intrigue just based on how they stylistically match up, so it is not necessary for there to be a big rivalry here.