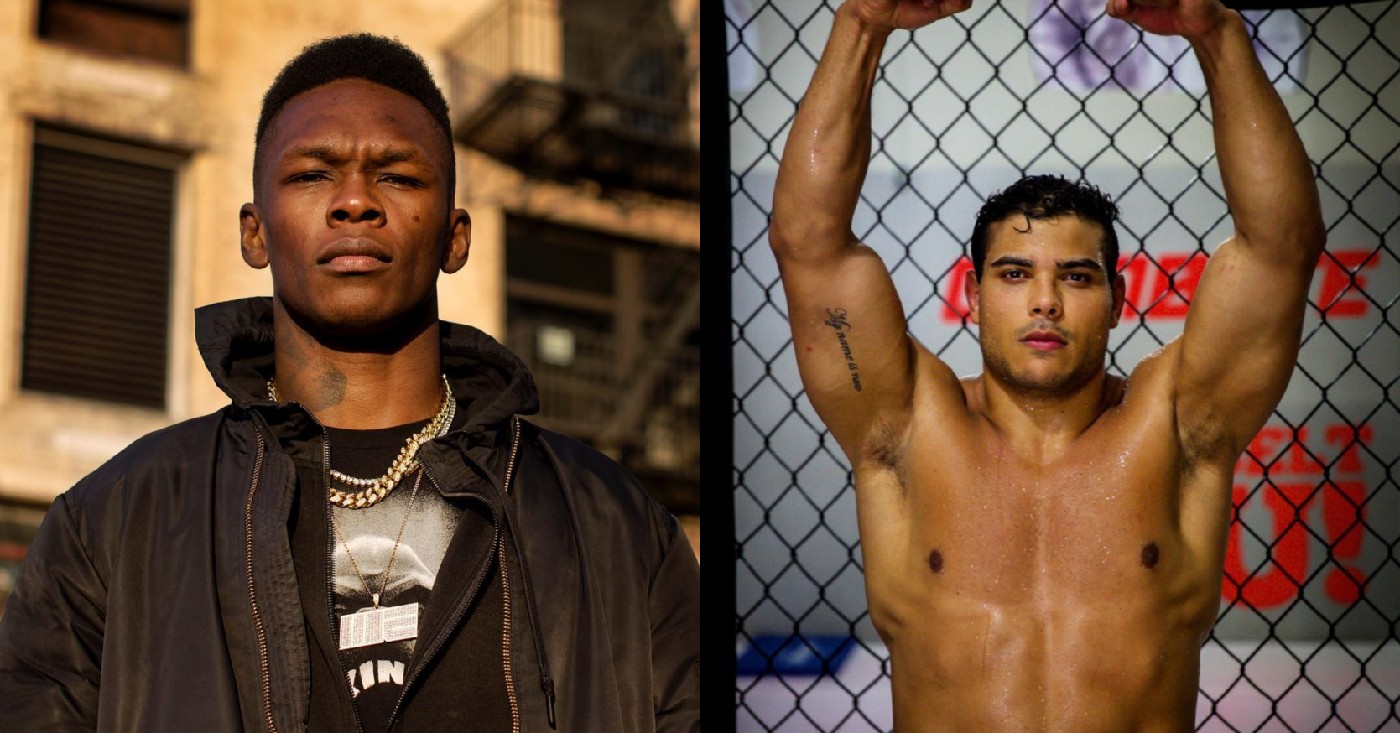 One of the biggest narratives heading into the UFC 253 title fight between Israel Adesanya and Paulo Costa, is the massive size difference between the champion and the challenger. The Last Stylebender seems to think he knows why Costa is so big, and does not care.

The tension between the champ, Adesanya, and the challenger, Costa is seemingly very real and personal. The two have traded serious barbs over the last few years, and are reveling in the opportunity to settle things in the Octagon on September 26th. Most notably, the two got into a huge shouting match on SportsCenter, that left Costa with his shirt open and Izzy dry heaving and throwing up double middle fingers.

Apparently before the two were on air and telling at each other, Israel Adesanya and Paulo Costa had a bit of an exchange off camera. Speaking with Submission Radio, the middleweight champ says he asked Costa when the last time was that he was tested by USADA. However he says the Brazilian beefcake was unable to provide him with a straight answer.

Adesanya goes on to explain that he feels like Costa is on something he shouldn’t be. Furthermore he goes as far as suggesting that the Brazilian could be threatening USADA workers who try to test him. Yet Israel is not worried, instead looking to beat Costa before he tests positive, so he can look back and say that he was able to beat Borrachinha while he was juicing.

“I know what it’s like in certain countries where money talks, where if you flash your gun people act a certain way. I know what it’s like. You’ve heard stories about Brazil, where people run up in gyms to test people, but they’re not compliant because of ‘certain things,’ Adesanya said. “I don’t mind. I just thought I’d bring it up because I want it to be known. I said on record that I want to pop him before USADA pops him. I’m going to beat him, then when USADA pops him down the line I can be like ‘Yep, I beat his ass even when he was on steroids.’ That will make a great story.”

These are some pretty bold and serious accusations from Israel Adesanya. On the other hand, this type of talk is expected in a rivalry like this, and is nothing new. It all comes down to September 26th, where the grudge will be settled and both men have the chance to prove themselves.

AKA Head Coach Javier Mendez Believes Khabib vs GSP Determines the Greatest of All Time
Read Next Post →
Click here to cancel reply.