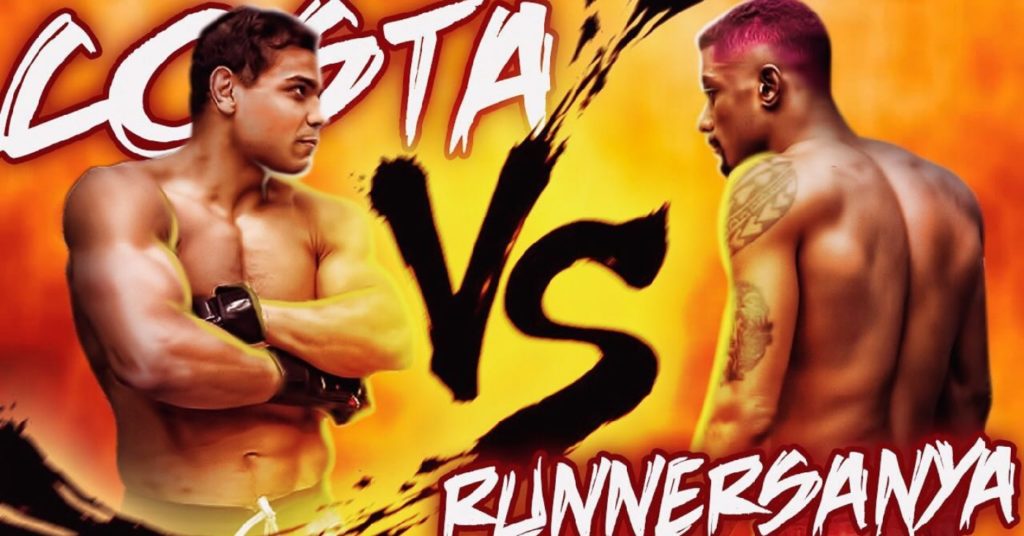 Heading into their UFC 253 middleweight title fight, Paulo Costa has been working to find fun new ways to troll Israel Adesanya. His most recent efforts saw a hilarious video skit to mock the champ.

The closer his shot at UFC gold gets, the more people have begun to realize how funny of a guy Costa is. Fans knew he was a little goofy, but the buildup to this fight has seen the Brazilian crank things up a notch and display how truly hilarious he is when it comes to poking fun at his opponents. Not only that, but he has quickly grown his YouTube channel into one of the most entertaining of any fighter on the roster, whether it is documenting his unbelievably insane weight cut, or taking some time to roast Adesanya.

The most recent addition of videos to the YouTube channel of Paulo Costa, sees a rather hilarious batch of mocking directed towards the middleweight champ. Using the help of a lanky training partner whose hair had been colored pink to resemble Israel Adesanya, he went through a mock fight in his gym. It is safe to say that his portrayal of Izzy is not the most flattering.

There is visualizing your win, and then there is whatever it is Costa is doing here. The video starts with both men taking turns posing and walking to the cage; the man dubbed Israel Runnersanya does much of the dancing and hand gesturing his inspiration is known for, while Paulo salsa dances to the cage. After a brief introduction from his coach Eric Albarracin, the fight starts, and almost immediately the Adesanya lookalike began running laps around the cage. After briefly escaping over the top of the fence, Paulo yanks him back in, kicks him in the head, and finishes the job.

It is not often that you see UFC fighters, not named Darren Till, go to this length to troll an opponent. Nevertheless Paulo Costa is sure to get some laughs for this, maybe even from Israel Adesanya himself.