If you were expecting Brock Lesnar to fight in 2010, got some bad news for you…

Just flew across the entire country twice in two days to tell you guys that Brock Lesnar will probably be out for all of 2010. I wish I could have delivered better news or maybe even one of those cute airport postcards. You know, the ones that try a little too hard to be funny (sort of like this site). Unfortunately, the news was delivered via Brock Lesnar’s Facebook status update. Here’s what it said:

NEW UPDATE!! Brock has had more problems (we can’t say what they are) and he could be out the all of this year if things don’t get better. Brock wants to thank all of his fans for their support and for the nice messages so thanks guys.

I’m not friends with Brock in real life or Facebook. I don’t have many friends that have a blade tattooed on their torso or their intestine leaking out into their stomach. Dana White has issued an informative ‘No comment’ on Brock Lesnar’s situation which…means that something is going on. Dana White did say this week we will know if Brock Lesnar will retire from MMA and from the information we all have thus far, things don’t look that good. [Source] 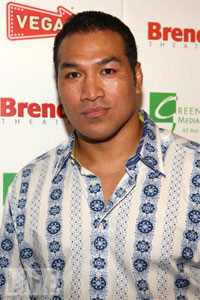