If Aoki loses to Gilbert Melendez, Japan becomes a US colony 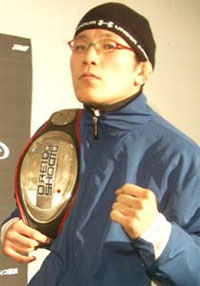 Although there were many notable submissions in 2009, like when Steve Cantwell ripped-off Razak Al-Hasan’s arm during “UFC’s Fight for the Troops” or when Minowaman made Hong Man Choi tap from a textbook heel hook despite a laughable size disadvantage. Even Toby Imada’s inverted triangle goes to show us that BJJ instructional-manuals can be read upside-down and most of the techniques will still work. Yep, 2009 made for some rawesome submissions, but only one shocked me into spitting my fruit loops all over my friend Jeff at 5:00am on New Year’s Eve. If you seriously haven’t seen Shinya Aoki snap Mizuto Hirota’s arm yet…Click here.

Since Dynamite!!, the Baka Survivor (which means “Stupid Survivor” in Japanese) has been riding a higher wave of confidence than the Overeem brothers at any nightclub on the planet. On April 17 at Strikeforce Nashville, not only does he plan to beat Gilbert Melendez, but he’s ready to go out like a Kamikaze in the name of his national pride:

“I love Japan and it is certain that if I lose, Japan will become a colony of US MMA. Some maniacs say that USA’s MMA is the best but I do not worship US MMA so this is big war to me, just like my fight against [Sengoku champion] Hirota [on New Year’s Eve].”

If you’re Canadian, that loosely translates into “I’m not impressed by your MMA” – If you’re American, you probably don’t need a translation. In fact, you’re probably already on your way to buy yourselves some patriotic Jaco attire to support Gilbert Melendez. It’s the next best thing to Aoki’s Technicolor grappling pants, which he’ll have to forfeit at customs when his plane lands on U.S. soil (bummer). [Source]