Here’s your Junie Browning picture(s) of the day

Before his Thailand incident, the last time we mentioned Junie Browning on MiddleEasy, the guy was attacking nurses in a hospital and threatening to kill their families. On that same day, NASA blew up the moon so it’s safe to say that there was something obviously wrong in the universe on October 7th 2009. After his hospital incident, Dana White cut Junie Browning from the UFC and then the moon waved its hands and screamed ‘What about me?’ Apparently the moon has never seen Alien because if it did, it would know that ‘in space, no one can hear you scream’, regardless of if you’re a celestial entity. A few days later, Junie Browning issued an apology via YouTube but the UFC still denied Junie and his (at the time) 4-1 record back into the organization. Since then, Junie Browning has gone 0-4 in his MMA career — and is now being hunted by police in Phuket, Thailand. Here’s a pic from Mike Swick’s Twitter of the news stands in Thailand. 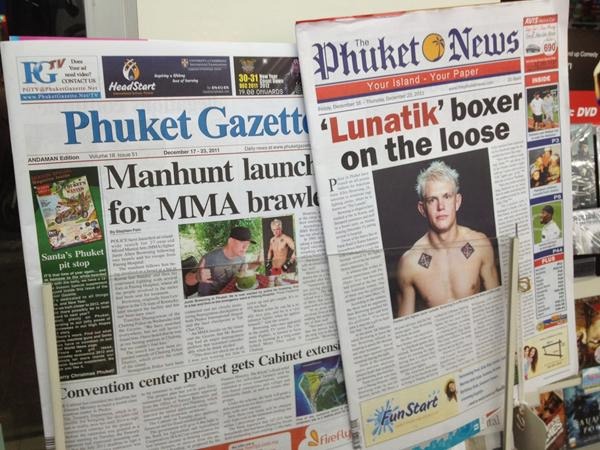 Here’s a picture of the top of Junie Browning’s head after his alleged ‘bar brawl’ that he’s been sending to a few media outlets today. Keep in mind that he’s actively interviewing and publishing photos of himself throughout the internet, so I really don’t want to hear how MiddleEasy is ‘exploiting’ Junie Browning. The guy is exploiting himself, and we’re just republishing it. Keep your high and unrealistic morals to yourself. 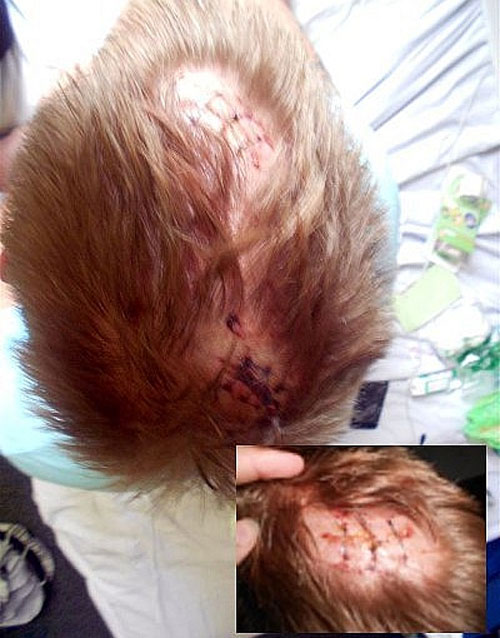 This Jienotsu vs. Kikuno promo is worth watching for the cosplay alone
← Read Last Post

Iron Hook Scroll Vol. 1: A man invented a sub series that works, so he's not sweating it either
Read Next Post →
Click here to cancel reply.