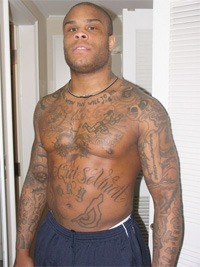 Yes! Yes! Yes! (That’s my Diego Sanchez for today). Finally we get to see some spleen eating and referee soccer kicking in the UFC! Gilbert Yvel is probably the truest fighter in MMA. You know how I proclaim that everything is rawesome around MiddleEasy? Well rawesome looks to Gilbert Yvel for advice. Dude’s been one of my favorite fighters for years and now we finally get to see Yvel in the UFC. The guy has left an impressive path of destruction throughout his MMA career which include Valentijn Overeem, Pedro Rizzo, Semmy Schilt, Gary Goodridge and Cheick Kongo.

They say give a man a fish and he’ll eat for a day. If you give Gilbert Yvel a referee, he’s right hook him in the ear and soccer kick him on the mat. We were at The Ultimate Chaos when Yvel absolutely napalm bombed Pedro Rizzo with perhaps the knock out of the year (and we have it all here). Later that night, we caught up with Gilbert and his boy Eric Bradley (another dude that should go to the UFC) and congratulated him on his continued rawness. After checking that our spleens were still intact, we left Gilbert Yvel at the after-party and went to perhaps the worst strip-club in America.

Yvel in the UFC can only increase the probablity of first round skull fracturing inside the octagon. Congrats Gilbert Yvel for being where you’ve belonged for years now and whenever you want to do that interview, we’re here. [Source] 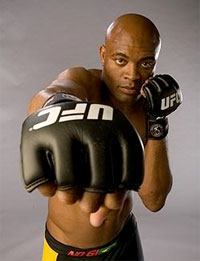