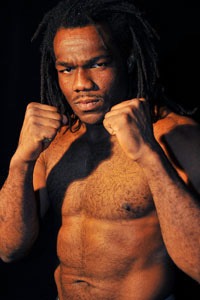 So the fight that we didn’t see at the Dream: Superhulk Tourney because of the entire Fedor/Mousasi playfight at M-1 Global will finally go down at Strikeforce: Fedor vs. Rogers…but it’s not going to be for the Strikeforce LHW title. Initially it was reported that Mousasi’s camp turned down a fight with Sokudjou but apparently the two have kissed and made up and are ready to bash each other’s kidneys directly out of their body come November 7th. Even though Sokudjou just fought on Tuesday in Japan, dude brawled against Bob Sapp which is less like a fight and more like ‘Dude, you going to let me do this to you?’. Sapp is a chill dude, very chill and we still him (he beat Ernest Hoost!) but man…we love you when you were considered that big legendary dude in K1. Stop fighting, start procreating with really hot Japanese chicks and create an army of little Bob Sapps and train them in the techniques of making their voice really low and the appropriate way to toss off a feathered cape.

Strikefore has also submitted Fabricio Werdum vs. Bigfoot Silva to the Illinois athletic commission but it may be hard to get Bigfoot cleared to fight (you know, the whole steroid thing sort of paints you as ‘that guy that used steroids’). Now can we get a little Bobby Lashley vs. anyone the size of Jupiter for November 7th? That’s must see TV. [Source] 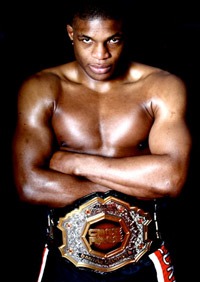