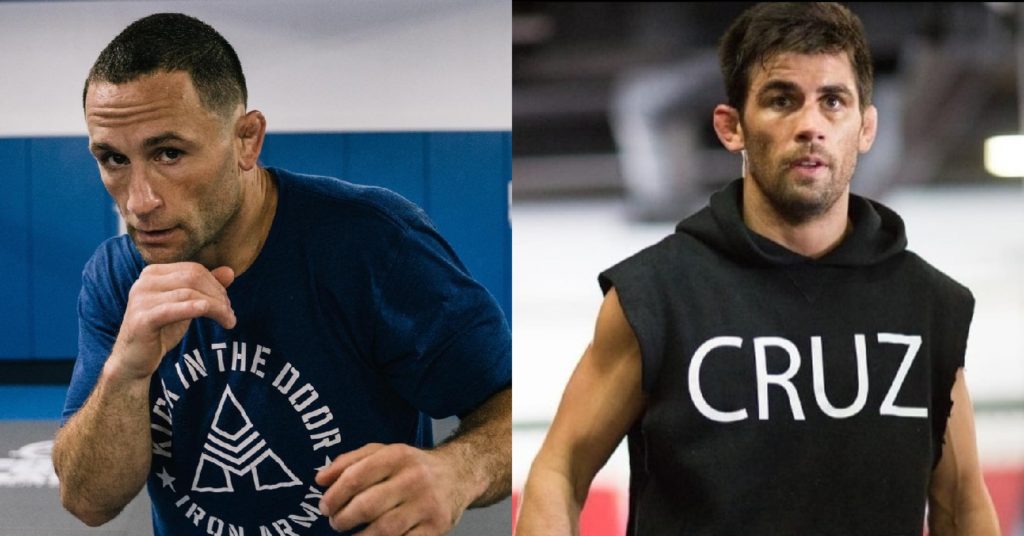 Some thought that Frankie Edgar would be fast tracked to a title shot after beating Pedro Munhoz in his bantamweight debut. However he is content with looking for another fight, against a legend with similar status as him.

The career of Edgar has been one of the most unique in the history of MMA. Few people ever make it to UFC gold, but Frankie did so in a weight class that was arguably two divisions heavier than his natural one. So finally, after runs at lightweight and featherweight, he moved down to bantamweight, looking shredded and winning a decision over the ever tough Pedro Munhoz.

There was thought that if he were successful in his move to bantamweight, especially if he won in dramatic fashion, then Frankie Edgar would get a shot at Petr Yan’s bantamweight title. However with Aljamain Sterling seemingly next in line, the Answer is looking for another option. Speaking with Bruce Buffer on his It’s Time podcast, Frankie revealed that he has another opponent in mind, if he is not getting the title fight next.

“Another guy that’s also a little older and a legend himself, is Dominick Cruz. I hear a lot of people are talking about that, so I’m definitely interested,” Edgar said. “The title is obviously my main goal, where my sight’s on, but it doesn’t have to be right away, and I’m willing to fight some of those legacy fights as well.

“I don’t know, that’d be tough,” Edgar said. “You chase him, he’s really good at that, and you don’t want him chasing you either. So I think you got to mix it up and try a little cat and mouse game with him.”

Frankie Edgar and Dominick Cruz are from similar times in the sport, but both have been able to maintain their relevance in later years. A fight between the two would not be a bad idea at all.