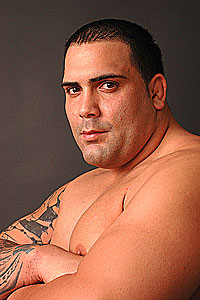 Before you throw your laptop across the room and yell ‘Who is Ricco Rodriguez?‘ just know that the dude has beaten Ron Waterman, Jeff Monson, Randy Couture, Andrei Arlovski and Paul Buentello. Hell, Ricco Rodriguez was the UFC Heavyweight champion before being TKOd in the first round by Tim Sylvia a few months later. Oh yeah, and then there’s the whole Celebrity Rehab reality show thing where he admitted to Dr. Drew that he had a severe cocaine and gambling problem. It’s rough being named Ricco and even rougher when your nickname is ‘Suave’.

“Yeah I’ve been approached about it, nothing’s final yet but that’s a fight I would definitely want. I know people will say I don’t have a chance, but I destroyed the guy who handed Fedor his only loss. Fedor is a great fighter but, the training I’ve done at Wolfslair has improved my game tremendously so I think I’ve got a great shot at beating him.”

Ricco Rodriguez vs. Fedor Emelianenko on October 10th…maybe. This just in, Brett Rogers spit out his cereal in sheer ‘WTFness’. [Source] [Source] 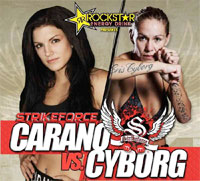 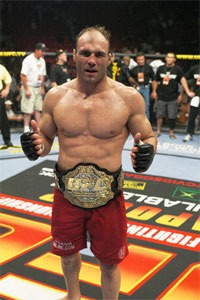