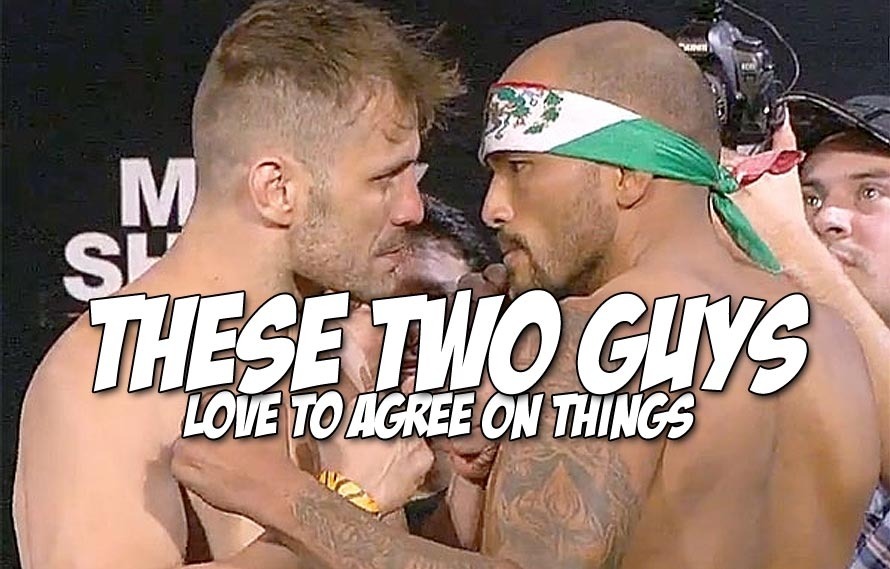 We’re just hours away from UFC Fight Night 29 and it’s hard not to notice that Fabio Maldonado and Joey Beltran seem to agree on a lot of issues when their faces are just an inch away. It was probably the most intense conversation with two shirtless guys this year and we’re happy that at the end, they seemed to resolve their agreement with another amicable agreement and hand shake. Good stuff.

Perhaps they were agreeing that the Republicans completely screwed the pooch by shutting down the US government, thus causing tax payers to spend $330 million per day. If this was the cause of the agreement, then I also agree — the GOP has now reverted to a bunch of menial individuals that will stop at nothing to halt the progression of the country. When I used to attend YMCA summer camp, there was always a kid that would defecate in the pool, which would result in the entire facility being shut down for the day. It wasn’t because they couldn’t find the toilet. Not at all. They just wanted to have the power to prevent people from enjoying themselves and living their life. Essentially this is the exact tactic Republicans are using with this government shut down, and it’s rather petty.

A former THQ employee's take on THQ suing EA and ZUFFA over rights to the UFC
Read Next Post →
Click here to cancel reply.