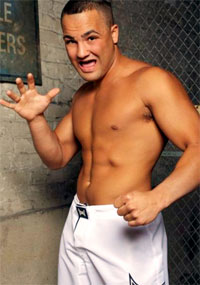 Over the weekend, a guy I met said he was going to create a persona and call himself ‘Times New Roman Helwani’. It’s probably the worst idea I’ve heard this year — which, of course, makes it the greatest idea I’ve heard this year. I’m not sure how inebriated this person was when he told me about this, but it would be a ridiculous premise to build internet fame on. It would never work, just ask Fake Scott Coker.

On this week’s edition of The MMA Hour with Ariel Helwani, Eddie Alvarez had the opportunity to confront Scott Coker regarding the fight we all want to see.

“Scott, It seems as though your lightweight champion keeps on calling me out on every interview and I have no problem with that. I’ve never said anything about the kid and I would never say anything at all. Never even approached anybody about fighting Gilbert Melendez. He just doesn’t shut up, every other interview he’s talking about fighting me ‘Oh I want to fight Eddie Alvarez, I want to fight Eddie Alvarez’ and it really makes me look bad because I see it [the interview] the next day later. So Bjorn says it’s OK, I say it’s OK, Gilbert is telling the world that he wants to fight me. I assume you’re the only one left to agree.”

Scott responded by stating that he’s completely game to promote the fight, but details need to be worked out between both organizations.

“First of all, I have tremendous respect for you. I think you’re a great fighter, great champion of Bellator and I followed your career over in Japan when you were fighting over there and these things are sometimes a little complicated. It’s not just the fight, of course we would love to make the fight, but there’s so many details to be worked out between the promotions to make it happen. Bjorn did call me and I did talk to him and this was probably two months ago. I said look, Gilbert has a broken hand at the time so let’s just table this until the future, but after the KJ Noons/Nick Diaz fight, we can readdress this. We’ve been open to co-promotions with every league so that’s not the issue. The issue is how does it work on a business level between our two leagues and if we can work that out, we would love to have it.”

A couple weeks ago, Bjorn Rebney told us he’s been reaching out to Strikeforce to get this fight going with no apparent success. If by the end of 2010, Eddie Alvarez vs. Gilbert Melendez is officially inked for 2011, I will take all credit for it. Alright, I’ll give some of it to Ariel Helwani, but I’ll take the majority. [Source] 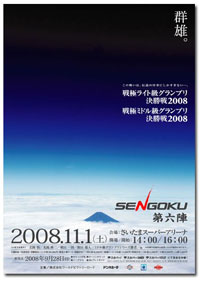