Donald Cerrone Goes After People Accusing Him Of Taking A Dive

People have been quite disrespectful of Donald Cerrone, following his loss to Conor McGregor at UFC 246. Now he fires back, attacking those who have something negative to say.

Cerrone had the highest profile fight of his long career earlier this month, against McGregor. Leading into the fight, there was talk about how bad this matchup was for Cowboy, and that was precisely how it ended up being. It only took 40 seconds for the man with the most UFC wins to be crushed by heavy shots, breaking his nose and orbital bone.

Following the fight, there was a certain ridiculous dialogue that perhaps Cerrone quit. People were saying that he was paid off to take a dive for the UFC’s biggest star. Of course this is pretty silly, especially considering he only made $200,000 for his efforts.

Although Donald Cerrone has not publicly spoken on the fight, he heard some of these remarks. He posted a picture to his Instagram, and got comments about throwing the fight. Therefore, he chose to respond to a couple of them, tearing into these internet trolls.

When Instagram user @iheart_seattle said that Cerrone took a dive, he did not beat around the bush when giving his thoughts.

“Take a dive you stupid mother f—er??? WHO you think your talking too? Get a f—ing life”

Then, when user @smiley179 said Cerrone was getting paid to get beat, he quickly told the person what to do.

“You think that’s funny? You feel like I’m the kind of man that would sell his soul? Do me a favor and unfollow me if that’s how you feel” 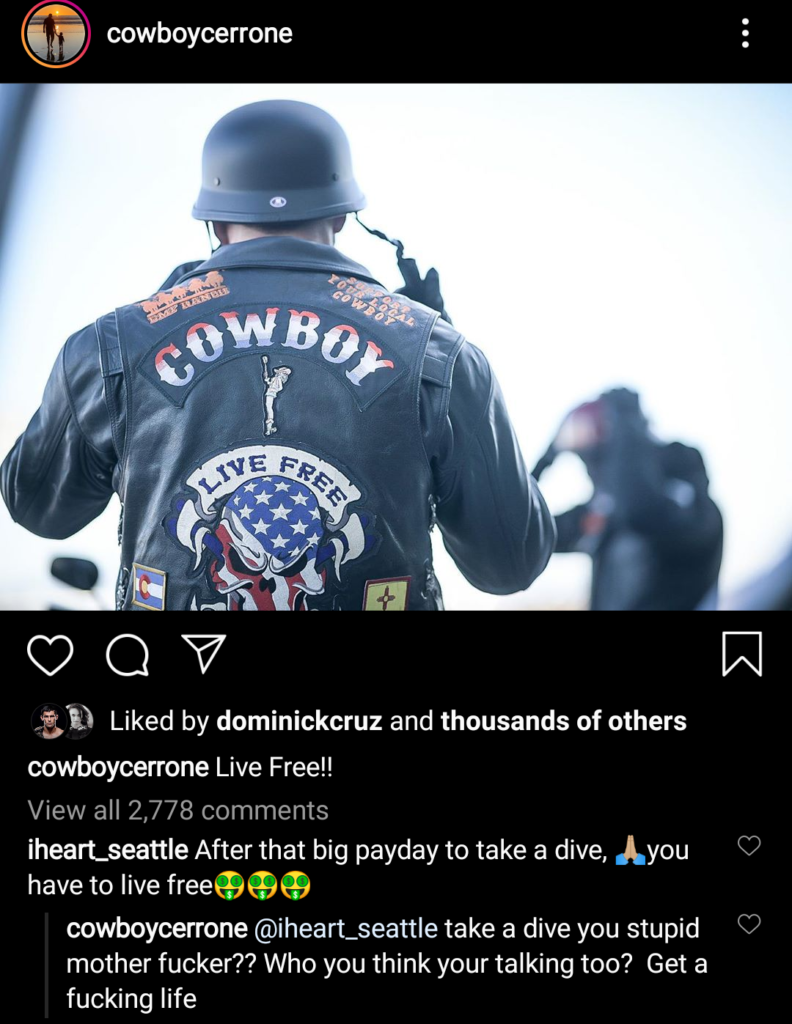 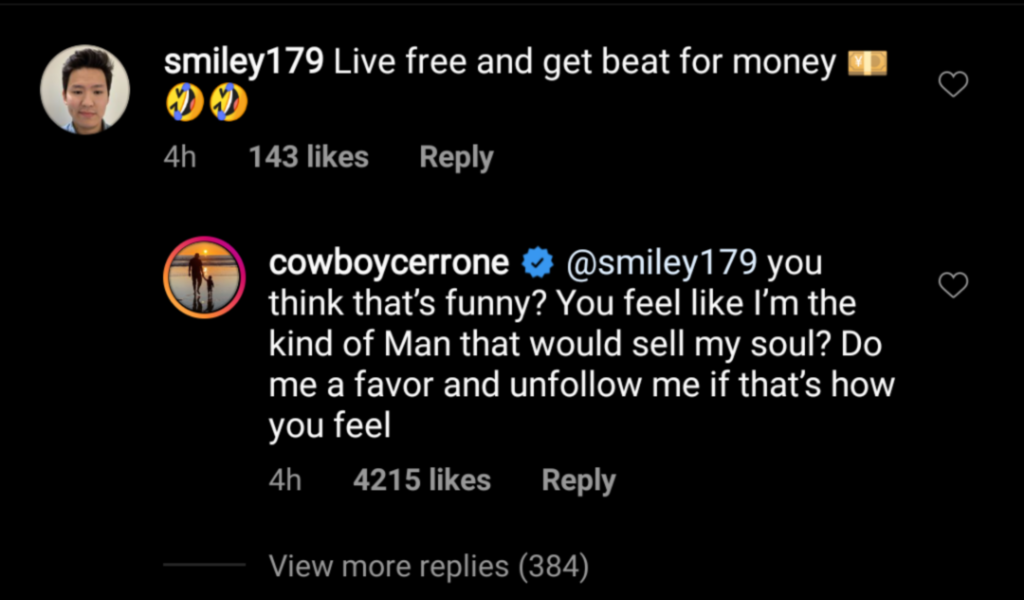 With responses like this, it will be entertaining to see Donald Cerrone respond officially to these ludicrous claims.

Kamaru Usman Explains Jorge Masvidal Encounter: "He Ran Up, All He Did Was Talk"
Read Next Post →
Click here to cancel reply.