Wait…Did Dillon Danis Call Jake Paul The N-Word When He Got Ambushed?? 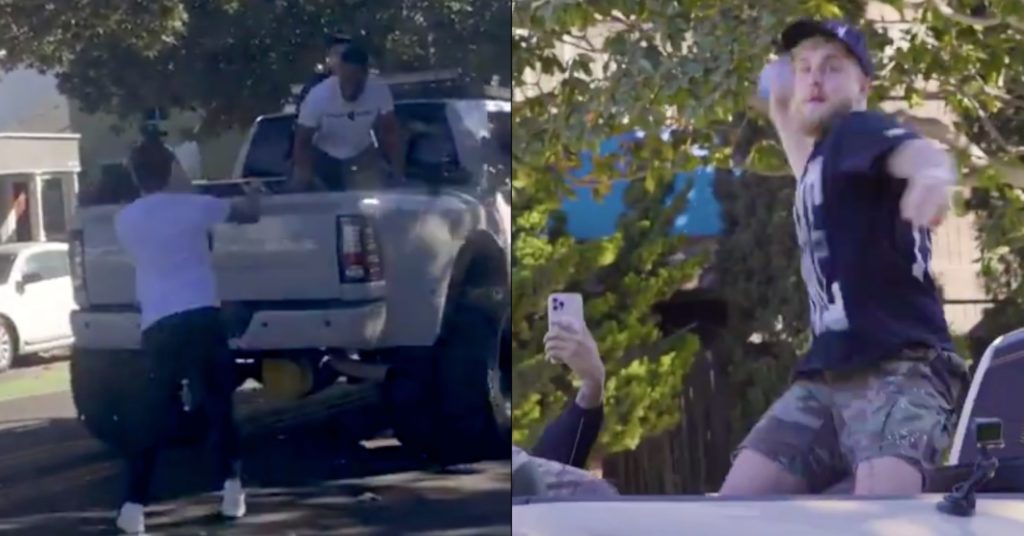 Chances are that you already saw the video of Jake Paul ambushing Dillon Danis with toilet paper and water balloons. However a new angle of the incident sees some pretty concerning language come from the BJJ standout.

Out of all of the MMA fighters that Paul has been calling out recently, Danis is one that he seems most likely to actually square off against. The two have been going back and forth for a long time, and Scott Coker even apparently tried to arrange for the two to fight in Bellator. Despite this not actually coming together yet, this did not stop the younger Paul brother from stopping by while Dillon was filming a video with Brendan Schaub, to bombard him with water balloons and toilet paper, while in the back of a truck, before spending away.

Caught the biggest shit talker slacking @dillondanis you gotta check in when you come to La. #GenerousDriveBy pic.twitter.com/460MjnO3F6

Although these antics made the typically unlikeable Dillon Danis a somewhat sympathetic figure, another angle of the incident does not do him any favors. A video recently emerged, of his angle of this attack, starting from while he is talking with Schaub. However as Jake pulls up and starts unloading balloons, you can pretty clearly hear what sounds like Dillon call Jake the n-word.

After the incident, Danis goes back to talking to Schaub, and says that he was trying to jump in the truck. He then proceeds to doubt Jake’s seriousness to box him, before asking if he and Brendan can go track them down. However as he starts charging at the truck, it is pretty clear that he says he is going to “f–k this n—a up bro,” which is certainly not a great look at all.

If this feud between Jake Paul and Dillon Danis was not already disgusting, it certainly is now. These are some pretty childish antics to begin with, but it certainly paints the Bellator fighter in a bad light to hear him speaking like this, as a white guy talking about another white guy.