Rodriguez wants to expel any doubt that he's the better fighter against Jingliang.

Daniel Rodriguez is not happy about the notion that Li Jingliang was robbed against him in the scoring of their bout at UFC 279 this past weekend.

Rodriguez and Jingliang met on the pay-per-view (PPV) main card this past weekend in Las Vegas.

Both men initially had different opponents, but as a result of Khamzat Chimaev’s weight miss, all took last-second replacement fights as the UFC were forced to shuffle the card.

However, Rodriguez was later paired with Jingliang, with Holland facing Makhachev, and Ferguson facing Nate Diaz in the main event.

As for Rodriguez and Jingliang’s fight, the bout went all three rounds and was sent to the judge’s scorecards. Rodriguez was crowned the winner via split decision.

However, many online believe that Jingliang clearly won the fight, and was robbed of the decision. Days later, Rodriguez has taken to social media to comment on these notions.

Simply put, Rodriguez is willing to run things back with Jingliang to prove he’s the better fighter.

Jingliang himself was in disbelief with the judges’ decision, speaking on “The MMA Hour” this week. The knockout artist proclaimed the result was an “injustice.”

It’s highly unlikely a rematch between the pair is set by the UFC anytime soon, as the Las Vegas-based fight promotion tends to move on from situations like this.

With a win over Jingliang, Rodriguez will likely receive a big step up in competition moving forward at welterweight.

He’s currently the No. 14-ranked welterweight in the UFC and has now extended his win streak to four-straight fights. As for Jingliang, he has lost three of his last five.

Despite this, “The Leech” is known as one of the UFC’s most exciting fighters and should have no issue finding a high-profile match next. 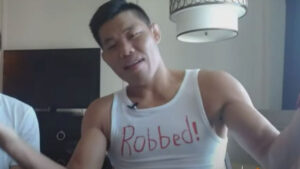 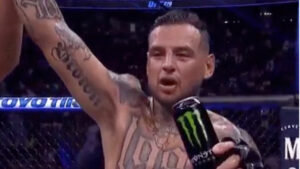 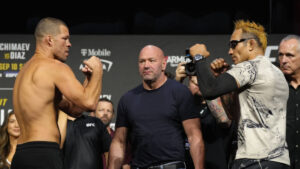 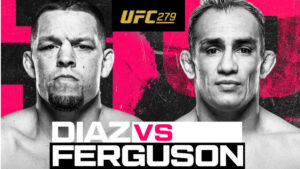 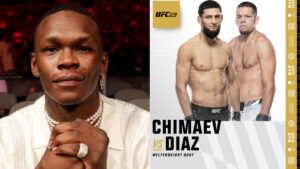 Israel Adesanya Makes His Prediction For UFC 279; ‘I Think Chimaev’s Going to Gas’