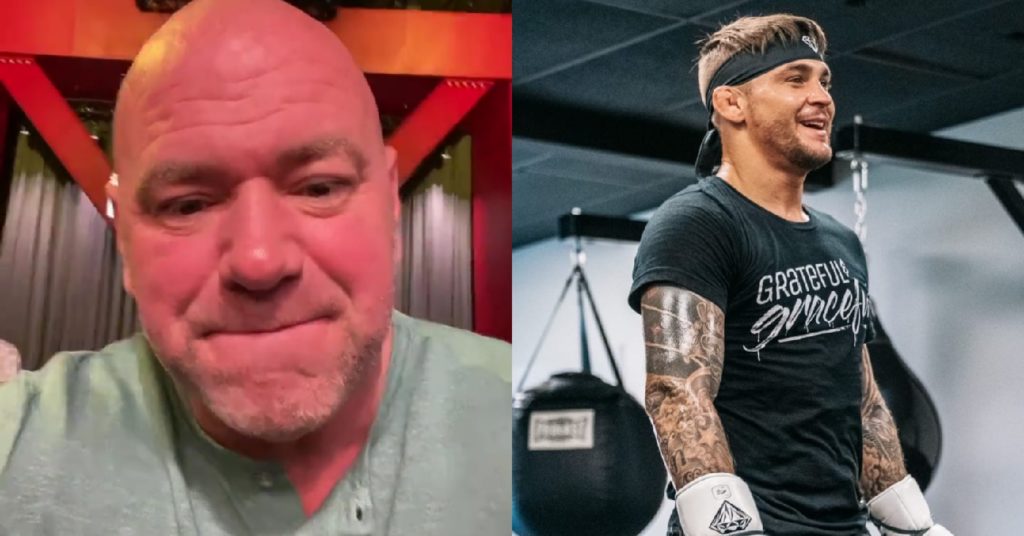 When it was revealed that the recent fight negotiations between Dustin Poirier and the UFC fell through, people were trying to figure out what happened. It would seem that he and Dana White have different opinions about why things did not work out.

As soon as White revealed that the UFC was trying to book a fight between Poirier and Tony Ferguson, the fanbase was buzzing with excitement. This seemed like one of the best fights the promotion could put on at this point in the lightweight division, and all signs pointed to it be a great contest. However when it was said that the negotiations fell through due to the UFC not wanting to pay Dustin more, those same fans became heartbroken. According to Dana, as he told media after the most recent edition of the Contender Series, the reason Dustin asked for more money was actually because he did not want to fight, rather than him feeling he is worth more money.

“Listen, I like Dustin. I’m not going to sit up here and say anything negative about Dustin. He’s a great kid. I don’t know if it was he didn’t want to fight in Abu Dhabi or what his deal was. He didn’t want to fight,” White said. “There’s a lot of different ways to turn down a fight. Negotiating yourself out of one is one of the ways you can do it. So for whatever reason, he didn’t want to take this fight. Only he knows that.”

It certainly did not take long for Dustin Poirier to catch wind of these comments from Dana White. Taking to Twitter, he was quick to shoot down the idea that he did not want to fight. Although if you knew anything about the Diamond, you probably already knew that.

“I WANT THE FIGHT”

I WANT THE FIGHT https://t.co/fGrTT8QFbY

To be frank, this is a typical and recurring tactic from Dana White, whenever a fighter tries to get more money than the UFC wants to pay. Considering the people that Dustin Poirier has fought, and the absolute wars he has been in, there is no doubt that he is willing to take the fight. He just thinks that he deserves to be paid more, and honestly who can blame him?