Dan Henderson and Gegard Mousasi may get the next Strikeforce title shots, despite coming off losses

Posted on Last updated: September 1, 2010 By: Author Team ME 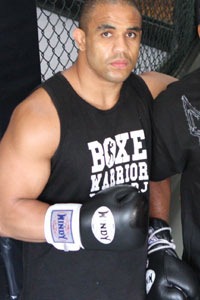 A lot of people criticized Strikeforce’s decision to give Brett Rogers a title shot immediately following his loss to Fedor Emelianenko last year. This past spring, Ubereem agreed with those critics as he made short work of Rogers and ended his first title defense in just shy of four minutes. To be fair, the UFC also gave title shots to two fighters immediately following losses: So what if those two fighters were Mauricio ‘Shogun’ Rua and BJ Penn, it still happened. Even Bellator announced Roger Huerta will face lightweight champion Eddie Alvarez in Philadelphia, despite his recent loss against Pat Curran.

Strikeforce caught on to this trend and according to Josuel Distak (boxing coach to Ronaldo Jacaré and Rafael Feijão), the next challengers for the middleweight and light heavyweight belts are none other than Dan Henderson and Gegard Mousasi:

“We’re preparing ourselves, setting our strategy for these belt defenses.”

“I think that the hardest one is on our way… I believe it’ll be against Dan Henderson or (Gegard) Mousasi. I think both of these fighters might confront us.”

Nevermind stringing together wins and earning your title shot, getting a run at the belt after a loss is the new black. Everyone is doing it. [Source] 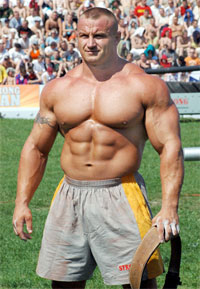