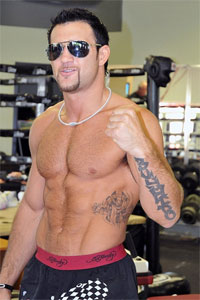 A lot of people said that our interview with Phil Baroni was perhaps the most depressing thing to ever be published on the site. I’ve always considered it a rare insight into the mind of a guy that has a strong obsession with taking showers. It’s no surprise that Phil wants to win his next UFC fight. Dude signed a four-fight contract and he told us that he constantly fears he will be then next one to feel the force of the ZUFFA axe. In an interview with BleacherReport, Baroni says it’s finally time to grow up. Damn.

“The whole New York Badass thing is a gimmick more than anything, but I am getting older now—I will be 34 when I next fight. Being a punk at 24 is cool but now I think it’s tired. I’m not a punk or a wise guy I am a regular guy, a blue collar guy, and a hard worker and that’s my real personality,”

“My friends are all regular guys who go out and drink and gamble and don’t live at a gym or have a healthy lifestyle. I need to get out of Las Vegas and hang out with people who are positive role models because hanging out with regular guys is not conducive to being a professional fighter.”

Baroni said phucket. Oh wait, I think I read that tweet wrong. Baroni is in Phucket, Thailand in an attempt to get his game back on track. Actually, the dude has been over there for nearly two months now and has been living on a steady diet of thai-boxing and philosophical quotes.  [Source] 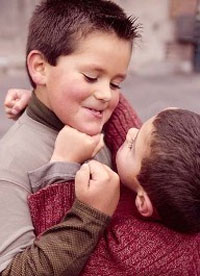 Father jailed for forcing his son to have an MMA fight
Read Next Post →
Click here to cancel reply.