Damn, not even MMA skills will keep you safe from the dangers of falling killer cows

This next story just proves that you just can’t trust a cow anymore. They hang around in fields being all quiet and reserved chewing on grass and appearing harmless and docile. It’s all a farce though. Cows are killers. You see them on Chick Fil-A billboards all over the US asking you to ‘Eat more Chicken’ and all I can think now is it must be some diabolical evil plan for cows to gain our trust, take out all the poultry of the world and then ulitmately kill off the humans. As a matter of fact their evil plan is so advanced that even after their death they are still able to kill humans. Even strong healthy MMA fighter skill toting guys. 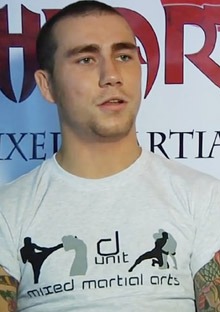 According to a Mirror UK story, the evil cows latest victim is Ally McCrae. He was a 23 year old amateur fighter from Dumbarton UK who died after a dead cow carcass fell on him at work this week.

A MAN died after a cow fell on him in an abattoir where he worked.

Ally McCrae, 23, was trapped when the carcass fell off a hook and he suffered head injuries which triggered a heart attack.The super-fit amateur cage fighter was rushed to hospital but surgeons were unable to save his life. His trainer John Nicolson said yesterday: ‘Ally was such a joker and when I heard the bizarre circumstances, I thought he might be playing a joke.He was known for his banter so we sort of expected to see him post on his Facebook that this was all a bad joke. He was very talented and was a promising mixed martial artist. He was always at the gym. It’s going to be very difficult not having him around.’

What a sad story. Rest in peace Ally McCrae. [Source]

Asian MMA summit to be held next week in Singapore
Read Next Post →
Click here to cancel reply.