A while back, Charles Bennett changed his nickname from Krazy Horse to Kid Khaos to “be a better role model.” Unfortunately, it appears that he’s back in legal trouble, so we’re just going to blame the actions described below on Krazy Horse to keep the ‘Kid Khaos’ nickname as clean as possible.

If there was an award for who got arrested more than any other athlete in the combat sports industry, Charles Bennett would give Badr Hari and War Machine a great run for their money on an annual basis. Even Lee Murray’s rap sheet can’t step to all the wild things Charles Bennett has been arrested for. Between starting fights with Team Chute Boxe backstage at Pride, to (allegedly) running into an MMA gym with a metal pipe and attacking his former teammates and numerous (alleged) counts of domestic violence and 2nd degree battery, Krazy Horse is something of an urban legend in the American penal system. If there were a violent crime Olympics, Charles Bennett deserves a gold medal for his sheer persistence and endless determination. Unfortunately (or fortunately), that’s not the way society works. Instead, you just go to jail, get arraigned, pay some fines, do some community service, serve some time, or all-of-the-above. We certainly hope Krazy Horse get the help he needs. We’re just as depressed as he is to hear about all these legal issues. [Source] 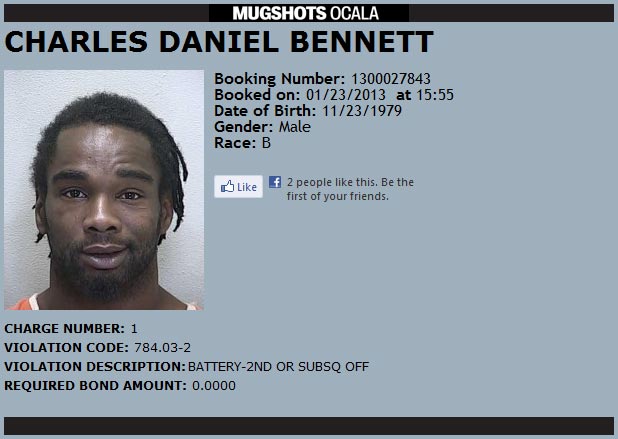 If you’re curious what Rampage said to Glover Teixeira at weigh in, you don’t have to wonder anymore
← Read Last Post

Ryan Bader just cleaned The Janitor, and he did it in record time
Read Next Post →
Click here to cancel reply.