Swanson long has been one of the elite fighters in the world and has a combined UFC/WEC record of 15-6 with seven finishes. He’s ranked fourth at featherweight, but a desire to get UFC title shot has always eluded him.

He desperately wants to retaliate his losses to Holloway and Aldo, in particular, but he’s long past the stage in his career where he wants a fight just for the competitive nature of it.

When Frankie Edgar pulled out of UFC 218 scheduled bout against Max Holloway due to of injury, Swanson was hoping to get a call. Rather, he was passed over in favor of former featherweight champion Jose Aldo who lost the title to Max Holloway earlier this year.

Now apparently that’s due in part to Swanson, who meets Brian Ortega in the main event of UFC Fight Night Fresno this weekend Dec. 9, as coming up short in a few pivotal bouts, but he also feels it could be due to the path the UFC has put him on.

Speaking recently to Yahoo Sports, Swanson said that he doesn’t believe he has been compensated fairly for any opportunity or money wise.

“No, I haven’t been, and I feel all the fighters should be paid more,” Swanson said. “I feel I was putting in my dues for a long time out of an ignorance of thinking, ‘I’m going to put in the work and I’ll be taken care of.’ I feel I’ve been paid good, but when you see guys like Conor [McGregor], guys like Nate Diaz, who are hardly fighting and make a couple of [million] each fight, man.

“I’ve trained side-by-side with all these boxers and they make more money than me. My boxing coach [Joel Diaz] makes more money than I do making a small percentage of one of his boxers’ purses. That put it into perspective, especially when I’ll look at a boxer and realize that he doesn’t train harder than me. For everything I’ve already done and what I bring to the table, and what a lot of us do, we should be taken care of more long-term, that’s all.”

Conor McGregor and Nate Diaz are two of the most well-compensated fighters in the history of the combat sports. Both McGregor who serves now as UFC lightweight champ and former bantamweight champ Ronda Rousey are two of biggest stars MMA has ever seen and had an unfair advantage over on other fighters because they were ‘pampered’ by the UFC.

“[They sold millions], that’s very fair, but I also think both of them were very pampered,” Swanson said. “You know I’ll take slack for saying that, but it’s very true. I tell young fighters this all the time. Me and [Brian] Ortega both, we’re just another fighter from California. We’re not from a country that doesn’t have any other fighters, and so we don’t have an entire country backing us up. So we’re not an easy sell from a promoter’s perspective.”

The UFC didn’t say any word whats next for Holloway, though it seems logical that it would be Edgar since Frankie was supposed to fight Holloway at UFC 218 before pulling out with an injury and being replaced by Jose Aldo.

Holloway defeated Aldo in the third round for the second fight in a row, clearly establishing himself as the top dog at 145 pounds division. Swanson hasn’t gotten the promotional push as like other top fighters. He further added won’t be jumping at any non-title opportunities unless he gets paid hefty in return.

“I would never say yes to a fight that would take me out of the title picture if I’m in it,” Swanson said. “If I did it, I’d want to be compensated. That’s the important thing. If you ask me to do something like that, I need to be compensated correctly.”

Cub Swanson is scheduled to face Brian Ortega in the main event of UFC Fresno this weekend (Dec. 9, 2017). 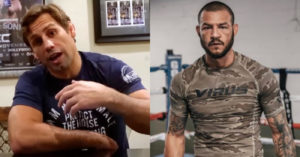 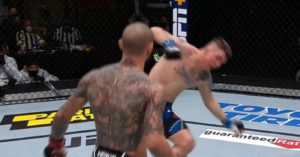 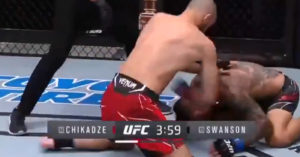 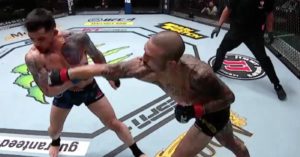 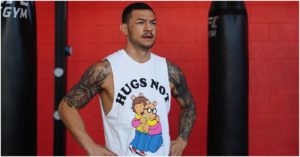 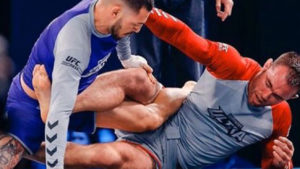