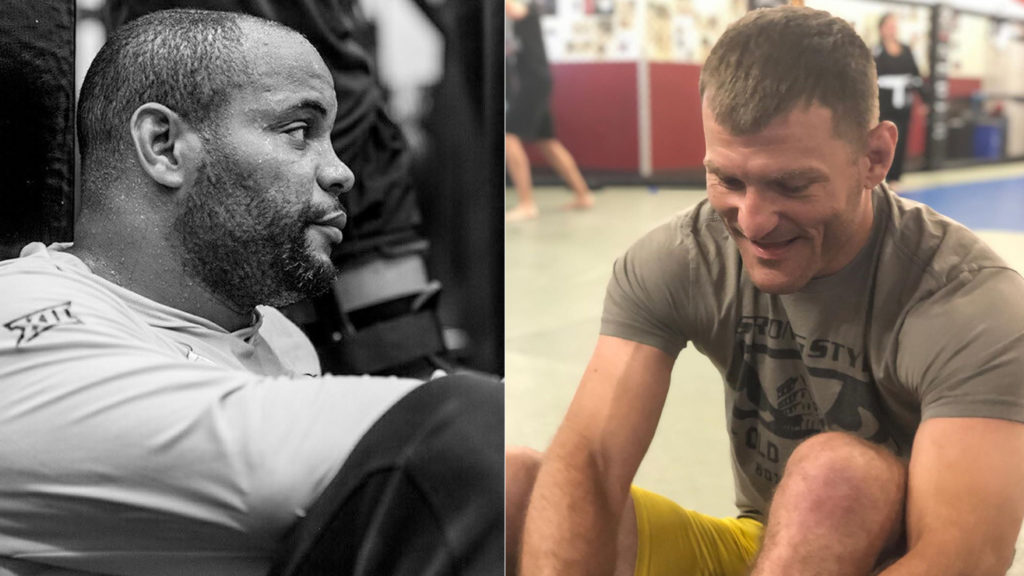 According to UFC President Dana White, UFC 241 won’t be the last time we see Daniel Cormier perform in the octagon. Also, it won’t be the last time we see Cormier face heavyweight champion Stipe Miocic. White spoke at length about a multitude of hot topics surrounding the world of MMA. He spoke to Barstool Sports in an interview and revealed some information of a Cormier vs Miocic trilogy fight. Although it wasn’t the first time Dana spoke about the trilogy.

In the interview, Dana mentioned that Stipe is still recovering from the last encounter against Cormier.

“Stipe is recovering from that fight, he’s got some bumps and bangs from that fight,” said White. “We’re waiting for him to heal, and, yeah, we’re going to do the trilogy.”

Barstool then asked if there was a timeframe in which the fight could happen. Dana said the time of the matchmaking will depend on Stipe’s physical conditioning. He continued by saying that he believes the trilogy between Stipe and DC will go down as the greatest rivalry in the UFC’s heavyweight division.

History Between Miocic and Cormier

Many speculated that Cormier would never fight again since the loss at UFC 241. Even Daniel himself has hinted at retirement for at least over a year. But, with Dana openly saying that the trilogy fight will happen when Stipe heals, we could assume that he’s had direct conversation with Cormier about the matchup.

The trilogy fight’s results will most likely be an indicator of who the best UFC heavyweight of all time is. Although not official, the build-up for the fight sells itself. One of the greatest fighters in UFC history versus the most successful UFC heavyweight should be a box office event.

Who will fans choose in the third and final bout between the two legends? Will they bet on the reigning holder Miocic, or do they believe DC has what it takes to reclaim the gold and become a two-time heavyweight champion?