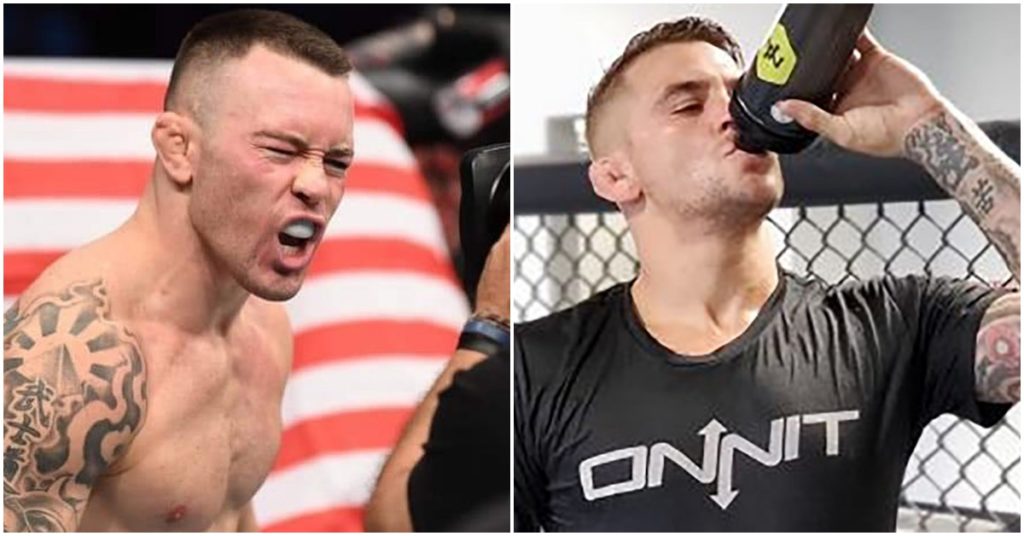 Colby Covington is making his media rounds to provide “entertainment” to his fans amidst the coronavirus. Covington laid low after his UFC 245 loss to Kamaru Usman for an extended period of time. But, now he’s back in headlines and this time, Colby decided to speak on his relationship with Dustin Poirier. Furthermore, he admitted that he was wrong breaking a promise to Poirier that he wouldn’t bad mouth him in public anymore.

Both Covington and Poirier used to have respect for each other. Both men are elite mixed martial artists and train out of American Top Team in Coconut Creek, Florida. A rift between the two formed once Colby began trashing Jorge Masvidal. Poirier called Covington a “sell-out” after Colby spoke ill of Masvidal and their gym.

From that point on, both Colby and Poirier have thrown shots at each other on interviews and social media. Colby took more shots at Dustin after Poirier suffered a title fight loss to Khabib Nurmagomedov at UFC 242. From that point, Dustin seemed to have an “it’s on sight” attitude towards the friendship that once was.

Both men must have patched up their differences because they still train at the same gym and the beef between them has been pretty quiet. However, recently Covington spoke ill of Poirier in yet another interview with Submission Radio.

“I can’t say what’s gonna happen in the street,” said Colby in regards to Poirier.

“That’s what makes the whole thing so stupid. He’s a little lightweight washout and he’s trying to call out the greatest welterweight of all time, me, myself. So the whole thing from the start is just fake news. It makes no sense.”

After the comments, Covington took to social media to apologize for his words. Prior to the interview, Colby made a pact with Dustin that they wouldn’t speak badly about each other in public, in which that agreement was violated.

“Made a deal to keep it civil with @dustinpoirier and broke it in an interview yesterday. I’m a man of my word and I apologize for the mistake,” said Colby.

Now, do fans believe in the apology from Colby to Poirier? Or was it all part of his act?

Owen Roddy: Conor McGregor Plans To 'Bring The UFC Back To Life' With Justin Gaethje Fight In July
Read Next Post →
Click here to cancel reply.