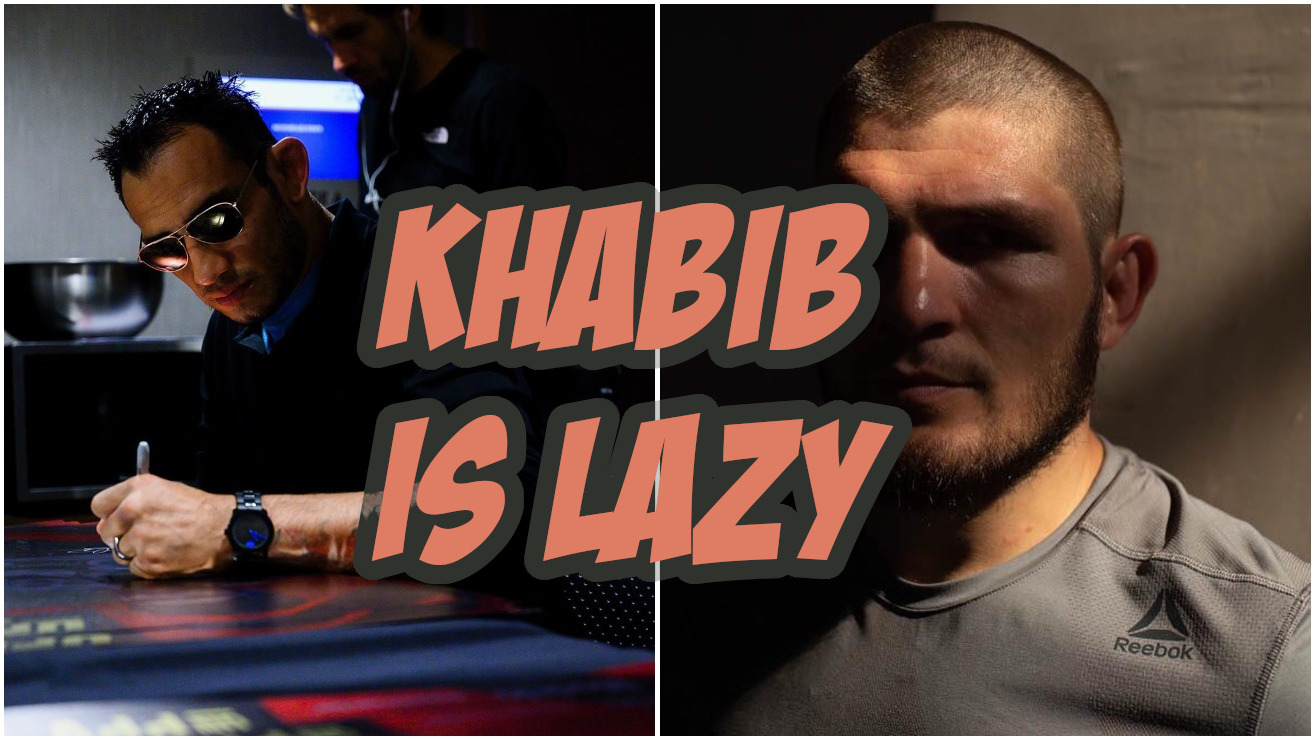 Tony Ferguson was once again on the Helwani MMA Show and of course, Ferguson’s interview isn’t complete without being asked about the lightweight division. Khabib put on a masterful performance against Dustin Poirier at UFC 242 in Abu Dhabi. While the entire world seemed to be fascinated at Khabib’s performance, Tony Ferguson was unpressed. He observed the worldly performance otherwise and called it lazy.

Tony expressed “(the performance was) Lazy, one-dimensional.”  Tony went on to say how during fight weeks, there are lots of nerves.

“Khabib showed up and obviously won. He put the pressure on Dustin and Dustin didn’t have an answer for it. Props to Khabib for winning, but (like) I said, it’s lazy”, stated Tony.

“Well, being my type of fighter and my kind of guy, you know I throw a lot of barrage(s) of punches, knees, kicks, and elbows. So when I see someone pushing against the cage and not really doing too much. Just kind of putting themselves as a wet blanket.. in jiu-jitsu we use that saying. He’s a wet blanket. Just sitting there, there’s a lot of pressure,” replied Ferguson.

Tony continued on. “It’s interesting how Khabib fights, but to me, it’s just boring man… it’s lazy.” Tony is unimpressed by Khabib’s style but also feels like his own is the key to beating the undefeated lightweight champion.

Ferguson Believes in His Skillset

Later in the interview, Ariel asked Tony what Dustin could have done differently in the fight. Ferguson went on to explain that he respects Dustin tremendously, but he’s been grappling at a high level for a longer period of time.

“My style is a little bit different,” said Tony. ” It’s not always going to work but right now for Khabib, I believe my style is actually the one that could outsmart him. (It) could outthink him and out move him. Put him in places where he’s not familiar,” ended Tony.

The Fight Needs to Be Made

If the UFC attempts to make Khabib vs Ferguson again, it would be the fifth time the promotion ventured into the business of the matchup. Khabib stated previously that without a doubt, Tony deserves the next shot at the belt. Last week, Tony said that he would love a crack at the title before the year ends.

At times, the UFC appears to want to make the fight but also sometimes, it seems otherwise. Fans are in unison that the fight between the two lightweights needs to be made. Not only does it needs to be booked, but the stars also need to align for one of the most anticipated bouts of all time. So if Ferguson is unimpressed at Khabib and believes he has the style to crack the code, there is only one way to fight out.