Here's a spoiler-free review for season five of 'Cobra Kai'.

Cobra Kai never dies and it damn well didn’t inside its fifth season. The series didn’t just survive, it thrived.

The hit Netflix series has no signs of slowing down after its latest installment was released on Sep. 9. It would only take a day or two for Cobra Kai to take the #1 spot on Netflix’s top 10 TV shows in the United States.

When it comes to the ratings, season 5 took over the valley. On Rotten Tomatoes, Cobra Kai got a whopping 100% score from critics and a 95% score from the fans. Don’t take their word for it? Take ours below.

There’s no more All-Valley tournaments or school fights to worry about as season 5 of Cobra Kai is set in the summer. Instead, the new season focuses on new horizons for Cobra Kai while also paying homage to the ‘Karate Kid’ legacy and of course Pat Morita’s Mr. Miyagi.

Past seasons of the show have featured major story arcs and characters from the classic Karate Kid movies. Seasons 1-2 focused on the first movie for the most part, season 3 took after Karate Kid Part II and season 4 followed with a big emphasis on Part III and the big, bad Terry Silver. Season 5 effectively capitalizes on the story of Silver and just how dangerous of a villain he really is.

But season 5 isn’t just the Silver show, it’s everybody’s. The newest season packed (almost) all of our favorite Karate Kid characters all into ten successful episodes. Daniel LaRusso, Johnny Lawrence and even Chozen Toguchi take center stage in their battle against Cobra Kai. Plus, there’s a few amazing, jaw-dropping cameos that you’ll have to see yourself.

Teaser: There are multiple UFC stars in this season.

It’s not exactly as big as the Marvel Cinematic Universe or others, but the writers of the Karate Kid universe learned a great deal from them. What fans love about these cinematic universes is the character interactions we thought we’d never see and that’s something Cobra Kai season 5 was full of. You grab characters from totally different chapters of Daniel LaRusso’s life and have them meet and it’s a complete masterpiece to say the least.

Season 5 had a lot of storytelling to cover from its grown-up cast of characters to its newer generation. The writers got the job done in its 10-episode span (while also spamming 80’s music in true KK fashion).

After the first four seasons concluded, it seemed for a second that Cobra Kai was stuck in a cycle. While the theme of the show is to focus on the past, it’s also to look towards the future and season five did just that. They took a whole new approach to how things are going. It’s not just the valley the characters have to worry about, it’s the world.

It’s hard to compare season 5 to the previous seasons, given all of its great moments in its incredible run, especially those in the first season. But the stakes have been raised higher than ever, along with too much classic characters to count in season 5. In my opinion, season 5 has simply got to be ‘the best around’ just like the OG tournament montage from the first Karate Kid movie.

While a lot of great stories were wrapped up in season 5, let’s see if season 6 has a fighting chance to beat it. 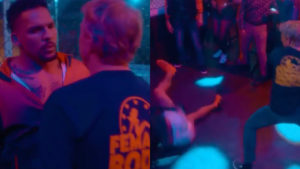 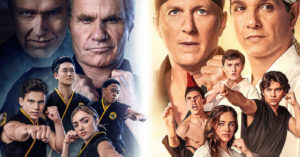