The chip on CM Punk’s shoulder is growing into a living organism. Like the dude from Total Recall with a baby’s face built into his stomach, Punk’s “chip” must be fed or else it will cause a scene. Chip will throw a full blown tantrum on the floor right in the middle of a busy Chicago supermarket.

Just buy Chip some candy CM Punk, you are making the rest of the shopper’s uncomfortable with your brand of parenting.

Punk’s “fuck the world” attitude got him to the top of the WWE and now that anger is fueling him on his quest to go from pro wrestling star to UFC rookie fighter. Punk is still training to be a UFC fighter while battling a shoulder injury. You can bother @CMPunk on Twitter whenever you want or until the UFC schedules a fight for him. 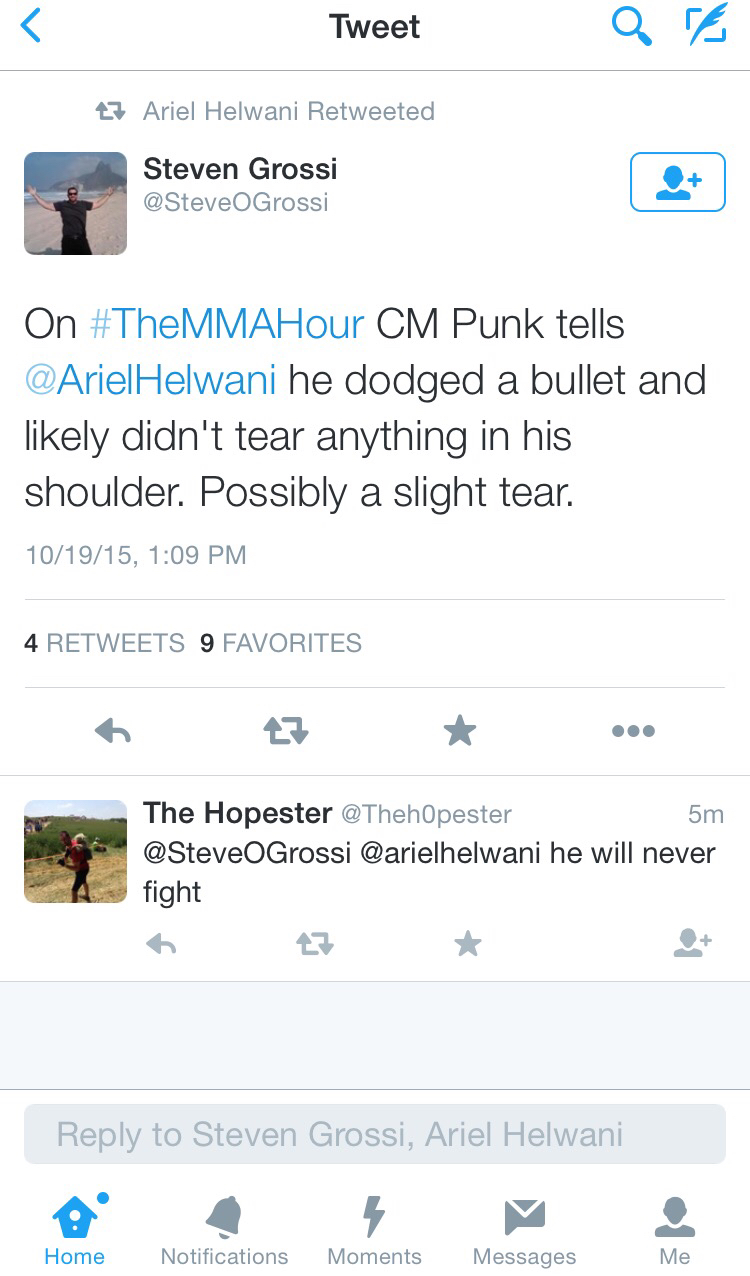 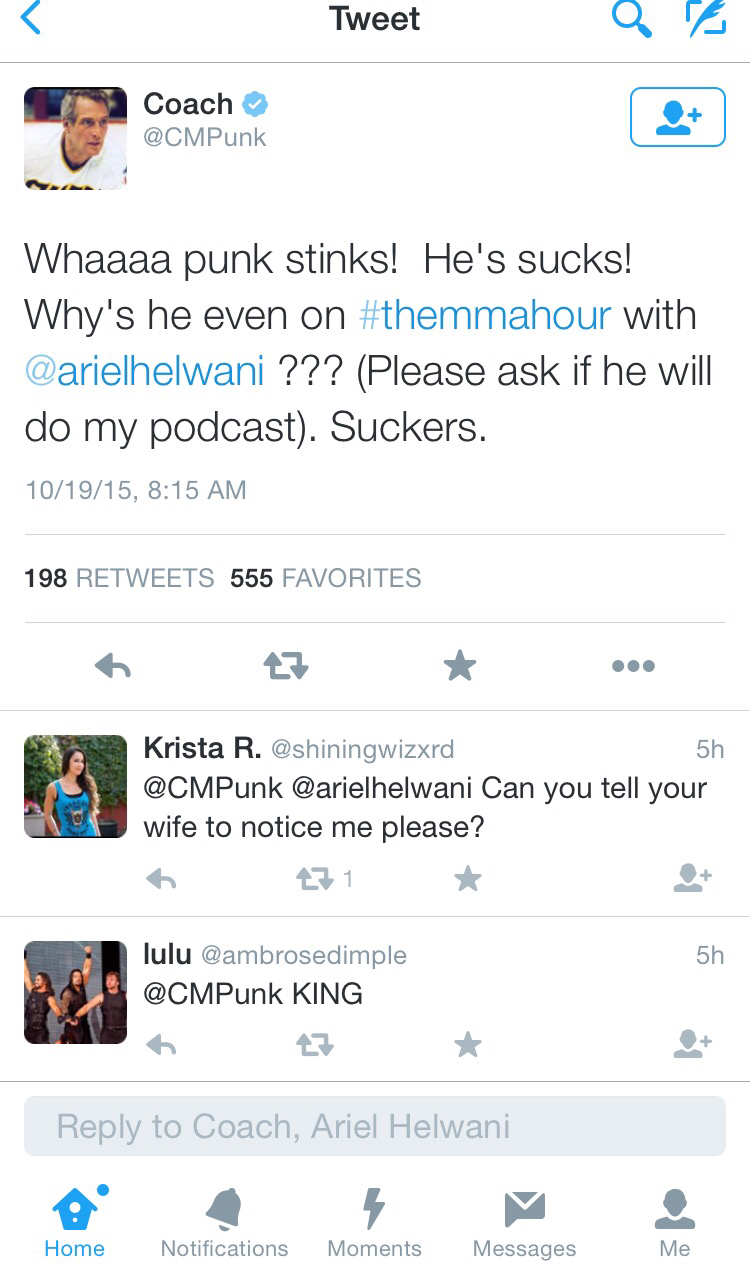 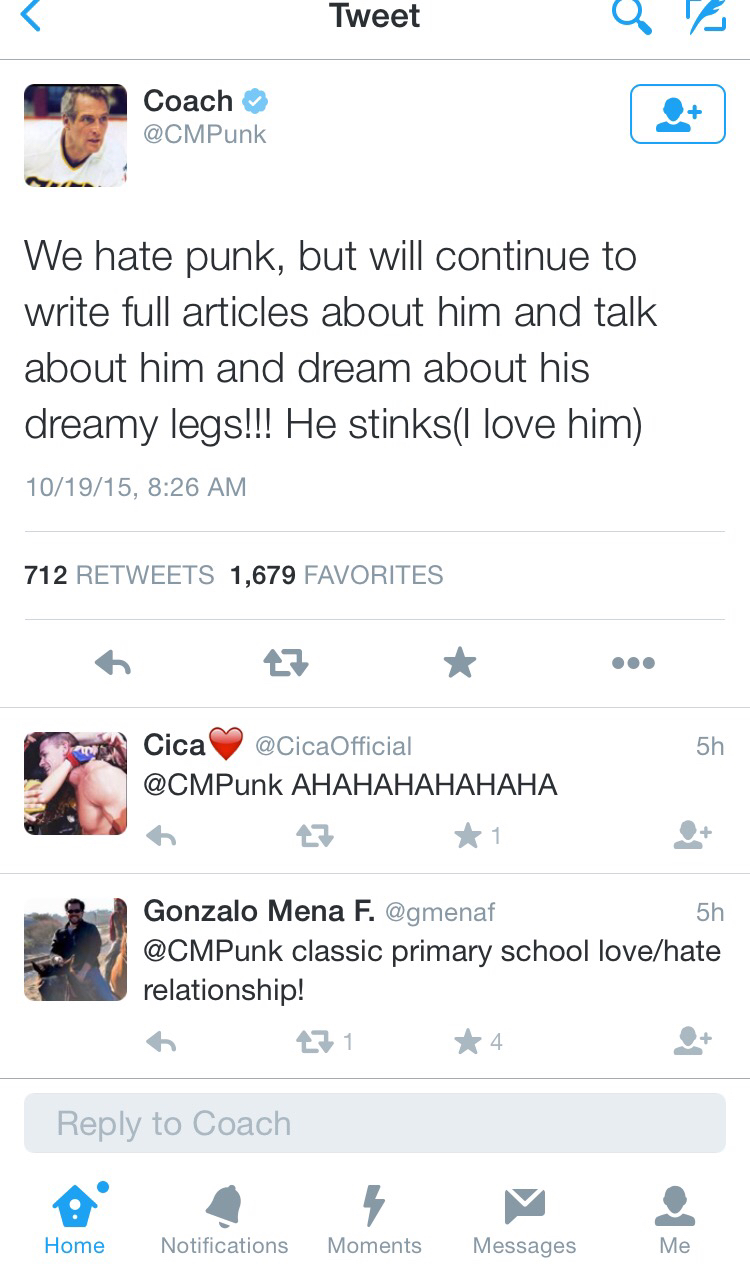 Sage VanZant and Paige Northcutt are fighting on the same card. This isn't a typo, it's a UFC super couple
← Read Last Post
This Fedor/Sakuraba magazine cover is everything
Read Next Post →
Click here to cancel reply.