Claressa Shields begins working at Jackson-Wink MMA to make her transition to MMA, where she trains alongside Jon Jones 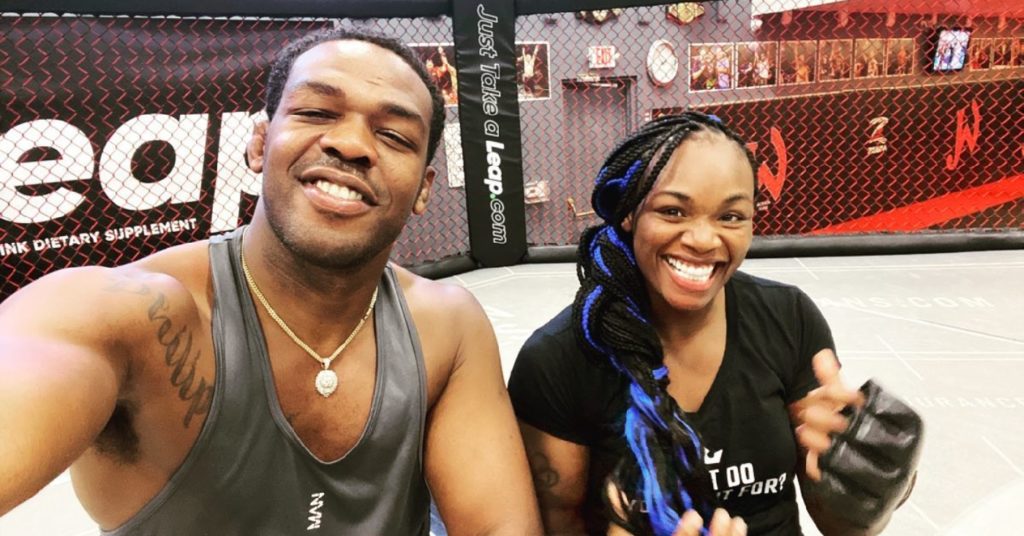 Boxing champion Claressa Shields recently announced that she had signed with the Professional Fighters League, in order to compete in MMA. Now, as she begins her training for this move, she has started working with former UFC champ Jon Jones.

By all accounts, Shields is one of the best female boxers in the world today. That is why she was met with intrigue when she revealed that she was interested in MMA, recently signing with the PFL. She is not giving up on her boxing career, but she is wanting to try her hand at something new, and fans are curious to see how she looks.

Upon the announcement that Claressa Shields would be switching to MMA, she made the decision that she would be working at Jackson-Wink MMA in Albuquerque, New Mexico. At this gym, she will be among the best in the world, such as former light heavyweight champ Jon Jones. In fact, if her Instagram is any indication, she is already training with Jon.

As for how Jones feels about training with Shields, he is actually pretty impressed with he sees. He posted a video to his Twitter of the pair moving around in the Octagon. Here, he gushed over Claressa’s natural athleticism and quick learning abilities.

“Athletic, learns fast and has a crazy work ethic, Clarissa could be a problem 🔥”

Athletic, learns fast and has a crazy work ethic, Clarissa could be a problem 🔥 pic.twitter.com/WABMPTkFlk

Someone who has a decent understanding of what Claressa Shields is going through is former women’s Bantamweight champ Holly Holm. Before coming to the UFC and head kicking Ronda Rousey, Holm was a decorated boxer and kickboxer. It is unclear whether or not these parallels were something that Claressa considered when deciding to train at Jackson-Wink, but she has begun working with Holly as well.

“This transition isn’t one to be taken lightly. So much respect for @hollyholm already but even more that she came and did some kicking drills with me and just added knowledge as I go thru this process. Thank you champ🙏🏆”

At this time, it is unclear when Claressa Shields will be making her MMA debut, but chances are it is going to be against someone with little experience, as it should be. However with the training environment that she finds herself in, things seem bright for the MMA future of this boxing champ.