Claressa Shields is set to make her MMA debut as she signed her contract to compete for the PFL, possibly at 155lbs. 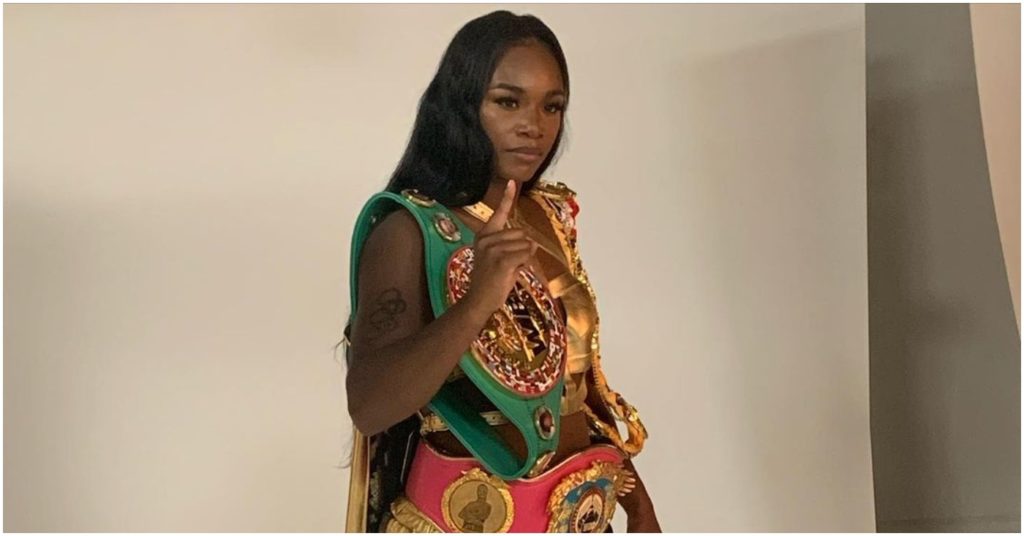 Claressa Shields is often regarded as the greatest female boxer walking the planet. In fact, some would include her on the pound for pound rankings with men. Often times, MMA fans remained curious to see Shields compete inside of a cage or octagon against MMA fighters. Now, Shields has signed with the PFL and will make her MMA debut with the promotion.

Many fighters have carried the torch for women’s boxing but none have waved the flag more than Claressa Shields. As one of the most dominant and credentialed athletes the sport has seen, Claressa also understands promotion. As each day passes, Shields ties her name more and more to the sport of MMA. One of those reasons is because of the way that MMA leagues promote their female fighters. So, from Claressa’s point of view, the transition to MMA was a no brainer.

Shields Moves to MMA in the PFL

News of the deal was made official by MMA Junkie.

Shields is only 25 years old and has expressed the desire for competition in both MMA and boxing simultaneously. Although details of Claressa’s contract with the PFL has yet to be revealed. More than likely, they’ve worked something out so that she will be able to compete in both sports.

Now, all that is left is for fans to speculate her first fight and the weight class. In order to best manage her body, fighting at 155lbs is ideal.

MMA media have already suggested that they would like to see Shields take on Kayla Harrison.

Took PFL a year, but they finally got it right. Good job https://t.co/ZM36UrPDlG pic.twitter.com/SaNG9IRL7M

After all, the 155lb division of women’s MMA across the board is shallow in regards to popularity. Plus, both Harrison and Shields are already the two biggest names in the division.

Who would fans like to see Claressa Shields face in her MMA debut? If Harrison, should she get some fights under her belt first?