For a short period of time in my life there were two obscure things I aspired to be as a kid. One was the pink Power Ranger and the other was one of the fly girl dancers from that TV show ‘In Living Color’. I like to encourage people to go after their dreams but sometimes one just has to accept they might not be as talented in certain areas as they hope for. A fly girl dancer was never going to be my ‘thing’. My reality is whole lot less coordinated and graceful and a whole lot more waling into walls, opening car doors into my face and tripping over cracks in the sidewalk. It is, what it is. You couldn’t tell me anything when I was a kid though, my parents have horrible home video of me doing some weird river dance meets krump meets contemporary dance choreography to the entire Micheal Jackson ‘Thriller’ album that I hope another human being will never see again in my lifetime.

Power Ranger Ninja styling it up was also not likely to be on my resume because first of all, I hadn’t yet discovered the fine art of traneing UFC and second of all, my father thought I should be in the kitchen with Mom making sandwiches and baking cookies. No sports activities allowed for me while I was growing up. Now I sit here in front of my computer screen, typing away aimlessly, occasionally getting up and sneaking into the empty conference room to practice a spinning back-fist or flying knees in the air just to feed my inner ninja girl and break up the monotony of my reality.

With the Power Rangers now being defunct, there wasn’t much for other little girls to mold their inner ninjas after until women’s MMA really started to take and become mainstream. thanks to the popularity and real life Power Ranger skills of Ronda Rousey and other female fighters who are now getting the spotlight-that’s changing. It was announced yesterday that Masato Toys is realeasing an official UFC Ronda Rousey action figure in April. This will be the first EVER official UFC female action figure created. So incredibly awesome. Although, I shudder to think of the weird stuff some of you guys will come up with to do with your Ronda dolls after we told you about how a creepy reporter chick stood up at a UFC press conference a couple of years ago and described how much she enjoyed playing with her GSP doll. Check out this sneak peak pic of Ronda’s Action figure set to be released sometime in April 2013. 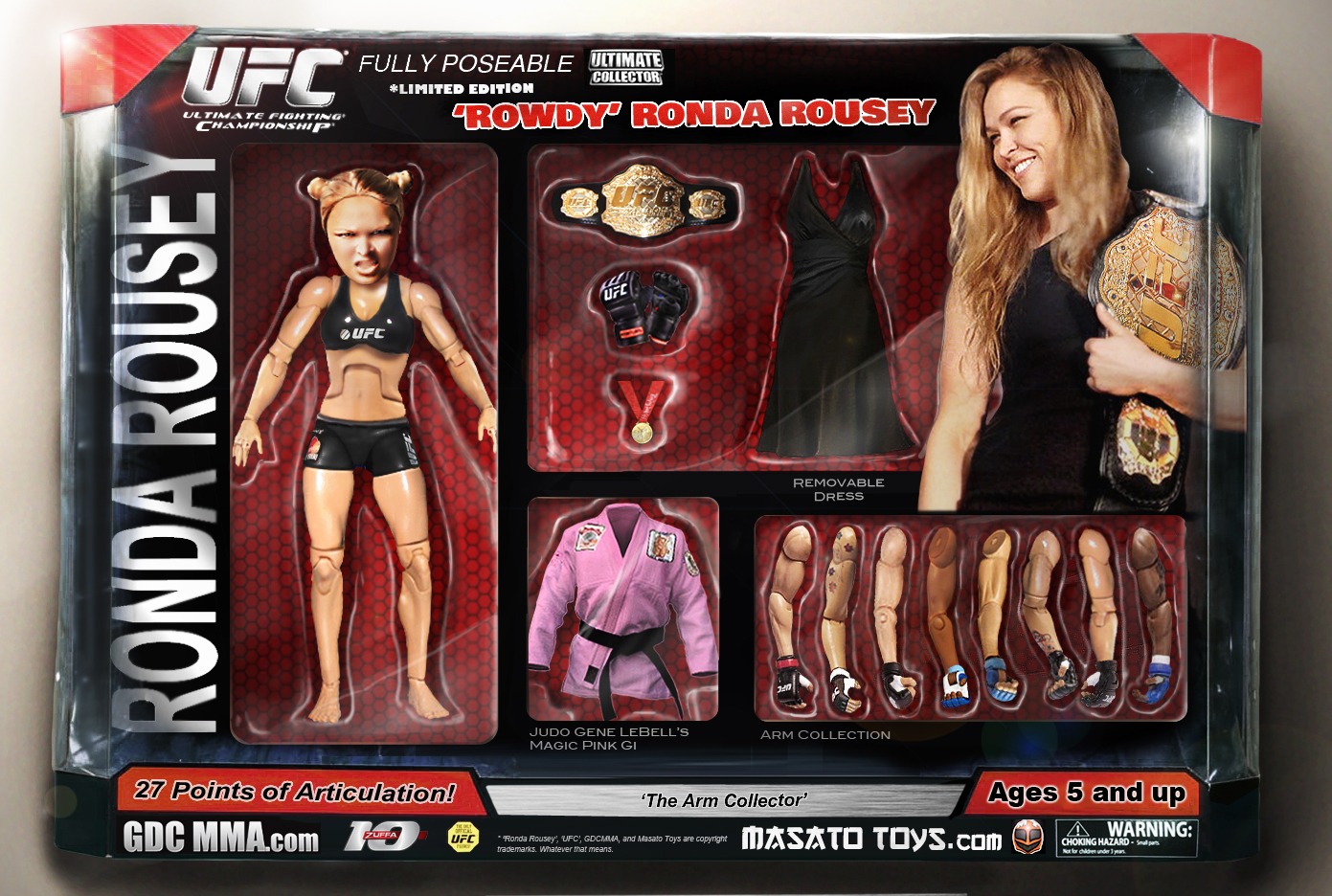