On Saturday night in the main headliner of UFC’s 25-anniversary show (UFC Fight Night 139) from Denver Colorado, Chan Sung Jung aka Korean Zombie who stepped foot inside the Octagon for the first time since February of 2017. Fan favorite Jung was on his way to score the win over Yair Rodriguez but ‘El Pantera’ knocked out ‘Korean Zombie’ with a one absurdly powerful uppercut elbow that was landed by accident in the last second of their epic five-round slugfest.

‘Korean Zombie’ was ahead 39-37 on two judges’ scorecards, but the final second of last round violent and dramatic KO turned into the stunning results in MMA history. Immediately after the painful loss, Jung was transported to the hospital but was released a few hours later. 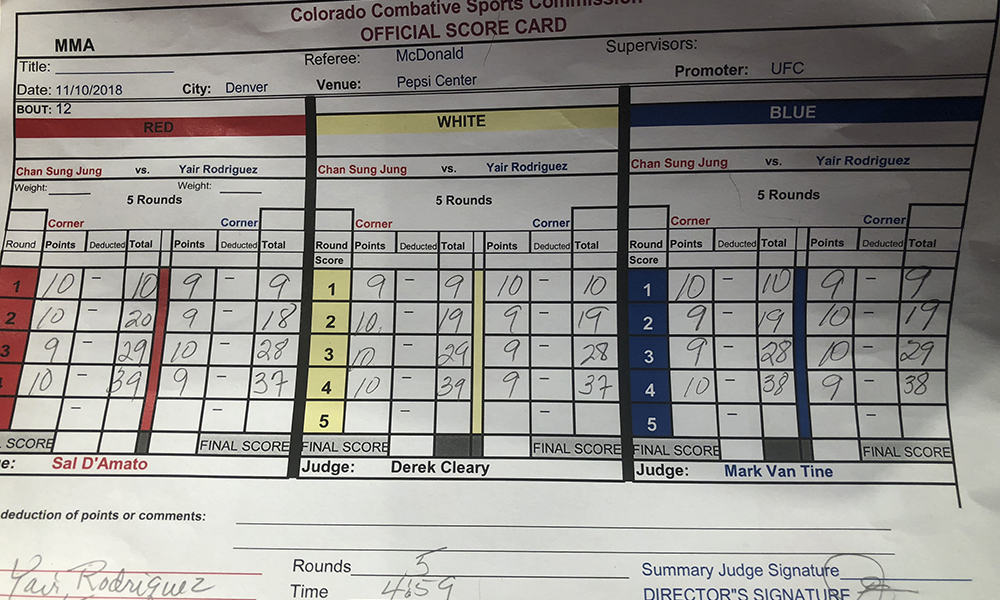 On Sunday Jung released a brief statement on a heartbreaking loss to Rodriquez.

“I don’t have an excuse,” The Korean Zombie said in his post ( via Google Translate). “I’m so sorry for all the people who helped me.. Thank you.. I’m congratulations to those who hate me. I haven’t been able to get on the plane yet, so I’m going to be in Korea for a few days. It’s a shame, but.. I’ll go back and see you.”

Due to injuries and his mandatory military service in South Korea ‘Korean Zombie’ has fought only three times in the last five years. After the recent loss, Jung is now 14-5 overall.

Zabit Magomedsharipov Calls Out Yair Rodriguez: "Will He Call My Name?"
Read Next Post →
Click here to cancel reply.