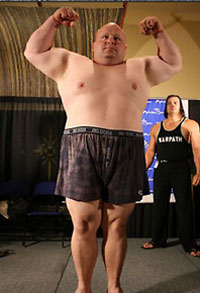 If an ex-fighter turned promoter press releases that he believes a fighter who headlined one of their events ‘hits like a girl’, then there’s no way he could be trying to set-up a fight between him and that fighter. That’s just silly. If Butterbean is an accurate depiction of genetically modified vegetables, then we’re all screwed. Imagine making butterbean soup with Butterbean. That would be murder. I don’t want any part of it.

In an interview with MMAFighting, Butterbean not only states that he would love to fight Pudzianowski, but if he did, Mr. Bean would knock him out. 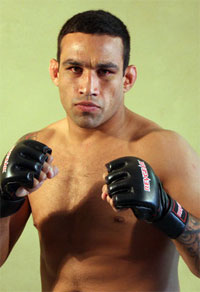 If there's a Fedor vs. Werdum rematch, it will be delayed until 2011
← Read Last Post
Watch that strange Tito Ortiz reference from the ESPYS last night
Read Next Post →
Click here to cancel reply.