Brett Rogers vs. Warpath is going down this October in Canada 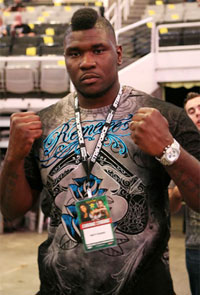 Dana White said that Brett Rogers coming to the UFC would be like a deer in headlights. First off, a deer in headlights would be the smallest deer in the world. That’s the type of deer you can fit in your pocket and impress chicks by placing it on the table while it knocked over their glass of rum and coke in Bambi-like fashion. Neither of those scenarios have happened.

Brett Rogers will take on Ruben Villareal, better known as Warpath or ‘the last guy Bas Rutten fought before he went on to retire with a twenty-one fight win streak‘. The fight will take place at W-1 on October 23rd in Halifax, Canada so get your cars ready if you feel like taking a long trip to see The Grim in action.  [Source] 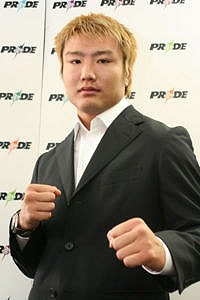