Breaking News: Vitor Belfort has a hot wife (oh, and he signed with UFC) 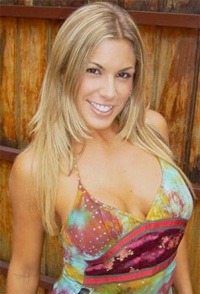 Josh Barnett may be getting christmas cards from a ton of ex-Affliction fighters this December. Javier Vasquez, LC Davis, Ben Rothwell, Joe Lauzon are all names recovered by ZUFFA from the Affliction Trilogy fallout. The second part of the conference call that was streamed (sort of) on UFC.com was the announcement that Vitor Belfort has officially been signed to the UFC and will replace Dan Hendo in the UFC 103 card against Rich Franklin.

It’s also important to note that Vitor Belfort has a hot wife. An incredibly hot wife.

Now since that’s out the way (here’s a picture of Fedor’s wife since you probably want to see her too, perv) we can all speculate as to how many times Dana White can officially say ‘I told you so’. During the TUF 9 finale, Dana White announced that he was interested in getting Vitor Belfort into the UFC. Tom Atencio made a statement along the lines of ‘dude, you’re out of your mind’. Dana White sat back, watched another organization collapse and once again got exactly what he wanted. Raw deal for Henderson? Not at all. Dana White made it clear that Hendo will be next in line to battle Anderson Silva for the title. Win/Win for all. Thanks Barnett. 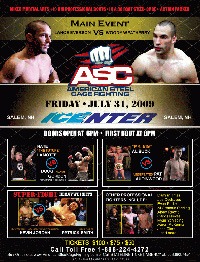