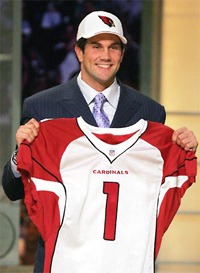 The only reason to train in something that involves getting your arm ripped off is if you’re getting paid for it. If you’re getting paid to not get your arm ripped off, then you should train in something that involves not getting your arm ripped off. Matt Leinart training in MMA while the starting quarterback for the Arizona Cardinals is like a Philly Cheese Steak packing up its posessions, leaving its family behind and moving to Bejing, China to learn the ancient ways of Egg Drop Soup. It’s sort of cool in way…in the way that’s not cool.

Matt Leinart announced this week that he’s been training in MMA to…protect himself from robots, we have no idea. Alright, so we have to accept Matt Leinart as an existential fact in the MMA world. Like…if Rampage is alone in the forest and knocks down every tree around him, will they make a sound? I’m going to play a little matchmaker here (not the cupid kind…the ‘I just got hit with an overhand right’ kind) and propose that Matt Leinart’s first professional MMA fight should be against none other than the VP of Affliction, Tom Atencio (who actually fights in two weeks on a card with Bob Sapp and Bobby Lashley). It’s always fun to see two millionares fight in the cage for prize money that is about as relevant to their lives as an extra butt cheek on a unicycle.  [Source] 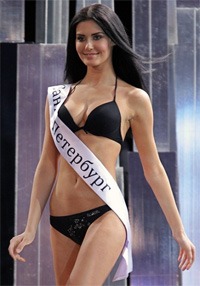