Bobby Green vs. Drew Dober Scheduled to Square Off at UFC Vegas 66 on Dec.17

Lightweight fan favorites Bobby Green and Drew Dober are set to square off as part of the UFC’s final event of 2022.

Emanating from The APEX in Las Vegas, the lightweight feature will go down on December 17th. While the UFC is yet to officially announce the bout, a report from MMA Junkie states they were able to confirm the contest through two anonymous sources. The bout is also listed on ESPN’s official schedule of events.

Bobby Green (29-13-1) returns to the Octagon nearly a year removed from his short-notice schlacking against Islam Makhachev. Green entered the promotion in 2013, scoring four straight wins before a three-fight losing skid to Edson Barboza, Dustin Poirier, and Rashid Magomedov stopped his momentum.

With notable wins over Josh Thomson, Clay Guida, and Al Iaquinta, ‘King’ Bobby Green will look to get back to his winning ways, particularly after going 2-3 in his last five outings.

On December 17th, Jared Cannonier will step back into the Octagon for the first time since coming up short against Israel Adesanya in his first title bid at UFC 276. ‘Killa Gorilla’ will meet the always controversial yet undeniably polarizing Sean Strickland.

Sitting in the No. 7 spot in the rankings, Strickland is still looking to earn a UFC title shot. After winning six in a row, it looked like he would be the next man in line, but an ill-fated meeting with Alex Pereira at UFC 276 closed the book on that, for now anyway. With Pereira’s shocking fifth-round knockout of Israel Adesanya at UFC 281, the middleweight division has seen what many believe is a much-needed shakeup. Pereira’s win could set Sean Strickland’s timeline for a title shot back significantly, but a win over Jared Cannonier will at least get him back into the conversation.

In the co-main event of the evening, Damir Ismagulov will attempt to break into the top 10 when he meets No. 9 ranked lightweight contender Arman Tsarukyan. Ismagulov is riding a winning streak dating back to 2015, including five straight inside the Octagon. Like his opponent, Tsarukyan has five wins under the UFC banner but will be looking to recover from a loss to Mateusz Gamrot in June.

Ready to close out 2022 with Jared Cannonier vs Sean Strickland 💥 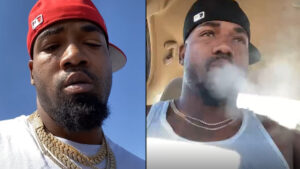 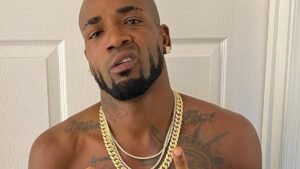 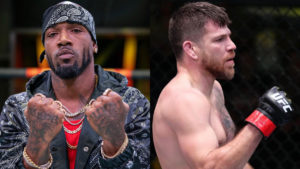 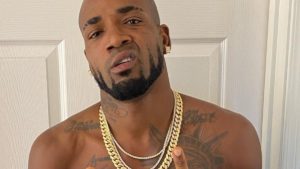 Bobby Green On Colby Covington Getting Hit By Jorge Masvidal: “You Know What Comes With This Sh*t” 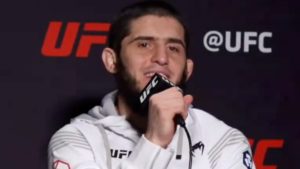