At Bellator 134 King Mo chopped down Cheick Kongo, then Kongo got on the mic to cut a promo 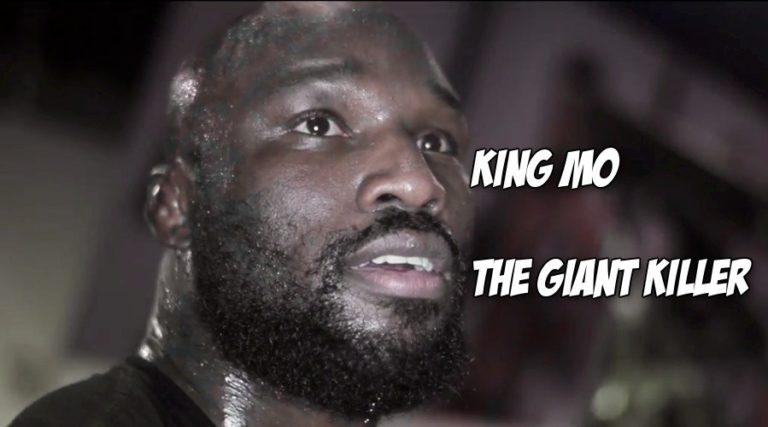 So in a fight between a Brazilian fighter and a British fighter, the Connecticut Bellator crowd chanted “USA,USA, USA” at the men in the cage. It was that kind of night at Bellator 134. In the co-main event fight contested at money-weight, Muhammed “King Mo” Lawal moved up to heavyweight to battle gentle giant Cheick Kongo.

King Mo methodically outwrestled Kongo over the course of three rounds. The more King Mo went for takedowns, the more the Connecticut crowd booed and hissed with displeasure. Wrestling and grappling was frowned upon in all forms at Bellator 134. King Mo’s heel turn took another twist when one of the three judges awarded Kongo the fight despite, the former Oklahoma State wrestler controlling the majority of the action.

During his victory speech, King Mo called out every Bellator fighters from the weights of 186 to 265 pounds. King Mo wants not one, but two title shots; he also wants a money-weight main event with Tito Ortiz.

Before King Mo could finish his post-fight interview, Kongo invaded everyone’s personal space and tried to steal the mic from Jimmy Smith.

What did Kongo have to say? Would he denounce all American citizens and proclaim France number one? Was he robbed by the Connecticut judges? Despite looking angry Kongo stated in the most calm and relaxed manner that in his personal opinion “His opponent (King Mo) deserved respect from the crowd”. Alright then Kongo. Noted.