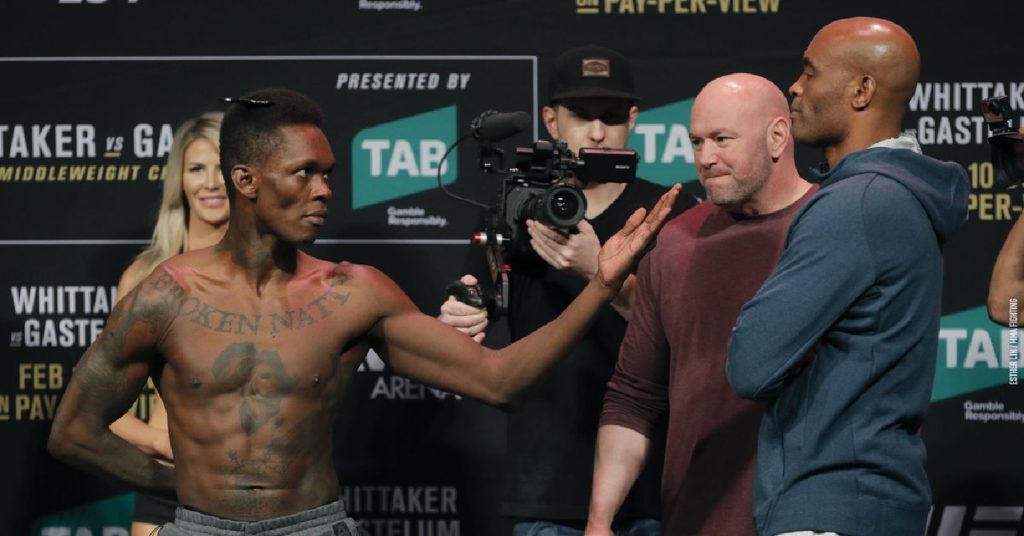 Many thought that Anderson Silva would be retiring after his next fight. However his coach wants to see him have one more fight after this, against none other than Israel Adesanya.

After some struggles to find a suitable opponent, the UFC revealed that they were having Silva square off against Uriah Hall. Furthermore, Dana White explained that he was talking to the former middleweight champion’s team about this being the final fight for the legendary fighter. He had a long career with plenty of high moments, but the last few years have seen a decline in his performances, with him either outright losing fights, or looking like a shell of his former self in the process of winning.

Not everyone is convinced that Anderson Silva should retire after fighting Uriah Hall. In fact his coach, Rogerio Camoes has one more fight in mind for the aging icon. Apparently, as Camoes explained in a recent interview, Anderson has spoken with him about desires to keep fighting, and he hopes to see the Spider have a rematch with middleweight champ Israel Adesanya, to end his career on.

“At least one more – do this one and one more superfight,” Camoes said. “I don’t know about his contract situation. But when we talk, (Silva) always says, ‘Master, I still have wood to burn, I still want to fight. I still have the desire to fight, I still feel well.’ I think what matters the most is what the guy feels rather than someone else determining if he will stop or not, you know?

“I think I’ve seen Anderson fight everybody,” Camoes explained. “I think that, in his division, the only fight that I personally would love to see again is him and Israel Adesanya. That fight was fabulous. Three spectacular rounds. Israel had to fight hard. It was one of the most technical fights I’ve ever seen in MMA history. Two talents, they put on a show of martial arts and respect. A second fight would be something spectacular.”

The first time that Anderson Silva and Israel Adesanya fought, it was a decent fight, before Adesanya was champion. However given the current record of Anderson, even with a win over Hall, it is virtually impossible that the UFC would book them again. Their first meeting was considered a passing of the guard, and it is not a rematch that makes any sort of sense.