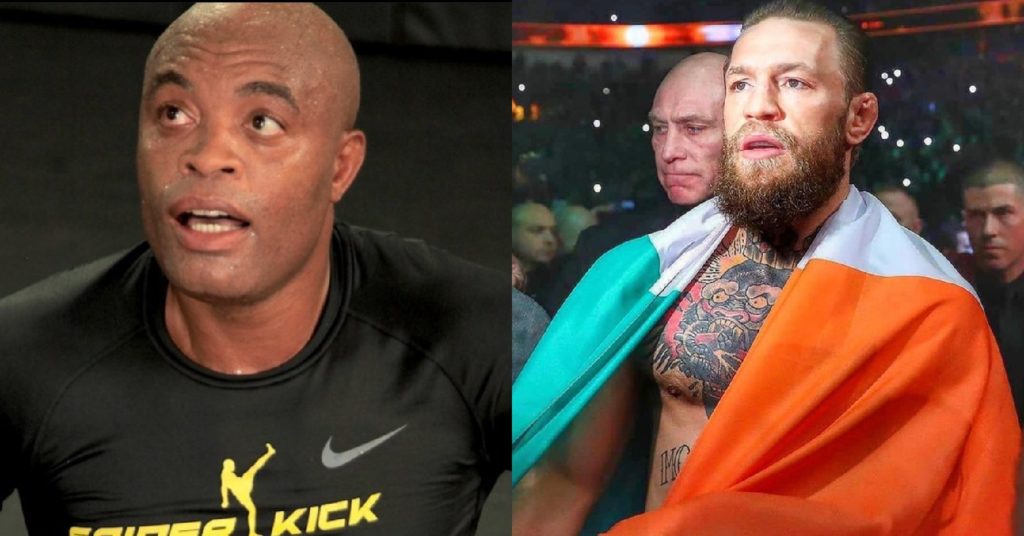 The UFC has been struggling to find a fight for former middleweight champ Anderson Silva. However it would seem that one bout that they are not interested in, is one with Conor McGregor.

Talks about a fight between Silva and McGregor circulated for a brief time, earlier this year. Each party expressed interest in facing one another. However ultimately nothing would come of it, and both men are still waiting for the next fights.

Some fans have been wondering why the fight between Anderson Silva and Conor McGregor did not materialize. While they are quite far apart in weight, both men agreed to it, and it would no doubt be a high selling affair, if only for the insanity aspect of it. Speaking in a recent interview, the Spider explained that even though both teams were interested in the fight, the UFC said no to making it happen. Instead a bout with Anthony Pettis is in the works.

“UFC owes me a super fight by contract. Conor [McGregor] called me out right after my fight with [Israel] Adesanya. Our team talked to his team and we agreed upon a bout at [170 pounds], but something happened and UFC decided to not make it,” Silva said (h/t Sherdog). “Then Anthony Pettis proposed that super fight, and I liked it because he was already a champion who has impressive knockouts. Of course, it would be a great super fight.

“At this point of my career and for all my legacy it doesn’t make any sense to face new talents that are entering the game now,” Silva continued. “I don’t want to be a ‘step’ for the new generation. I want to face relevant champions for the sport. And definitely Pettis is a great challenge that will make me train a lot.”

A fight with Anthony Pettis would take place at middleweight, which makes more sense for Anderson Silva. On the other hand, Pettis is a former lightweight champ, who has only ever fought as heavy as welterweight, so maybe that fight will not happen. In the end, Anderson is in a precarious position in his career, so it will be interesting to see what happens.